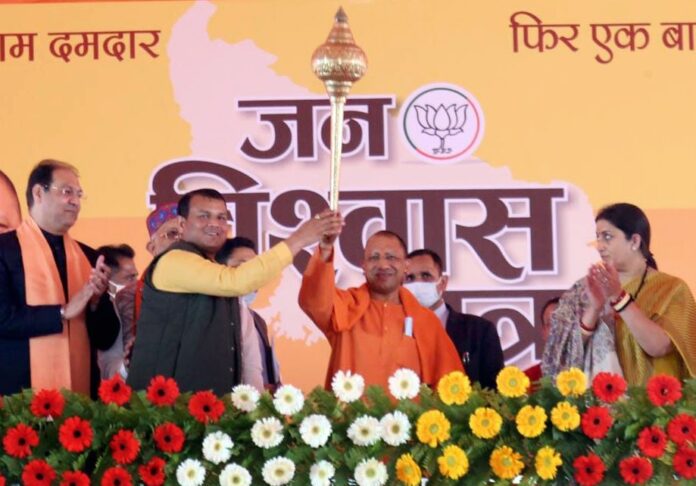 The State of Uttar Pradesh is not only the largest but the land of a “Karma yogi” as its Chief Minister. I write this column based on my personal experiences. I have been in the United States for over 40 years (my Karma-Bhoomi, the Land of Karma) with my Janma-Bhoomi (the Land of Birth) in a village in district Saharanpur of U.P. I have visited my village almost annually and observed significant transformational changes discussed below.

What may seem little things are making a huge impact in the lives of commoners in rural areas. The families are living better and the communities as a whole have a positive outlook for the future. With Yogi in U.P. and Modi in the Center, people are beginning to think of “Nation first,” and respecting democracy and development. For example, Uttar Pradesh has dozens of new Medical Colleges for better health care, never before seen network of highways crisscrossing the State, the largest international airport in Jewar. On a personal note, my trip from Delhi to the village used to take 6 hours or more which is now reduced to 4 hours or less.

It has to be the miraculous outcome of the Yogi style of governance that no communal violence in the State since 2017. Why? It is because the Goonda-Raj is now transformed into Ram-Raj. The Goondas (rogue elements) of yesteryears are either behind bars, died in encounters with police, or gone underground because of the improved and toughened law and order.

Yogi’s Uttar Pradesh is also as secular as it should be. For example, when the Supreme Court ordered the construction of the Ram Mandir, the government allotted land for the mosque as directed. Similarly, during the Kashi- corridor improvements, the mosque was preserved untouched. The allotment of houses under PM’s Awas Yojana, toilets, cooking gas cylinders, distribution of food ingredients during COVID, etc. were carried out without asking one’s religious identity. In other words, no minority religious communities were disadvantaged.

Uttar Pradesh is flourishing with commoners’ safety, better living, wellbeing, and improved education, so why discontinue Yogi and his team. Obviously, Yogi’s governance model and the overall developmental policies are transforming the State and people’s lives. There is a deeper sense of one-India and Nation-first.

In conclusion, Yogi for U.P. is decidedly UPYOGI (useful) and as a Karma-Yogi, he has inculcated hopes and aspirations for people to do their Karma to the best of their ability and potential. What more to expect and that is why Uttar Pradesh needs Yogi.