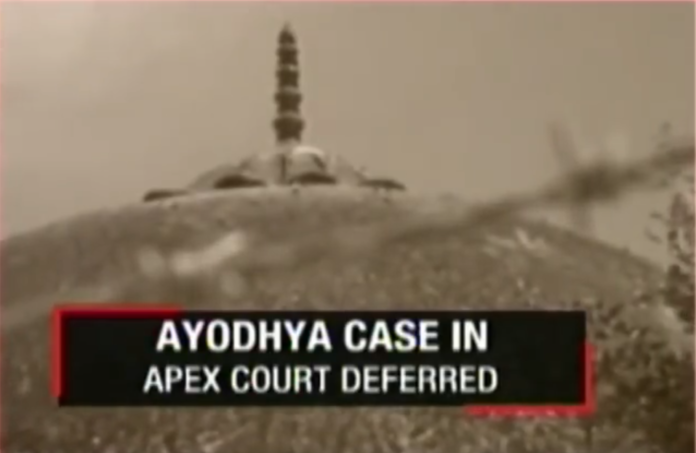 The contradiction is actually not between Ram Mandir and Babri Masjid. The base of the dispute is Mandir vs Masjid but the verdict is totally related to socio-political matters. The Babri Masjid was destroyed during a political rally in December 1992 and later it turned into a riot.The Ayodhya dispute is actually a political and socio-religious debate in our country. It is plotted on a land in the city of Ayodhya, located in Uttar Pradesh. The main issues are quite interesting. This site of Babri Mosque is regarded as the birthplace of Lord Rama by Hindus. They demanded that initially there was a Rama mandir but latter Muslims destroyed that and built Babri Masjid.

But now what’s happening, is that both Hindus and Muslims are trying to capture that area to built not only the Mandir or Masjid but also their community. Thus it is very much clear both communities are still on the same path what it was in the 20 years back in 1992.

It is very clear that no one takes decision on the issue unless and until the people around it understand the facts. When all the people, Hindus or Muslims, will think about the issue by removing the dark goggles of socio-religious thoughts, then only a permanent solution is possible.

The hearing scheduled regarding the issue begins on Feb. 08 and in the last hearing on Dec. 05, 2017, chief justice of SC Mr. Dipak Misra referred to the Shavian preface—George Bernard Shaw’s habit of introductory essay writing. And recently the hearing of the issue has been rescheduled by Supreme Court in mid-year of 2019.

Who is anxious and why?

Muslims of our country are deeply anxious. According to their view, this legal and socio-religious overtone should not be allowed to influence the outcome of the next general elections. The Hindus believe it has a lot to gain with a speedy verdict irrespective of its outcome, and it will surely act as a catalyst for the consolidation of Hindu votes in India.

Also, the real fact is that three senior advocates who are representing the Muslim side—Mr. Dhavan, Mr. Kapil Sibal, and Mr. Dushyant Dave, all are practicing Hindus—almost thought of withdrawing the issues which are in itself a major cause for caution.

The request for a further postponement seems actually unjustified in our country where the law’s delay is more than proverbial. But you should know the history of the issue.

What was the history of the Ayodhya dispute? Can you imagine that how a dispute over the title to a small plot of land in small-town is shaking the foundations of the whole country? In The epic Ramayana, the town Ayodhya debate centers around the small-land today known as Ram Janmabhoomi (means the birthplace of Lord Rama) on which the Babri Masjid was built in 1528., Lord Rama was the son of Dasharatha, the ruler of Ayodhya, and his queen Kausalya. In early 1525, the Mughal king Babur invaded totally north India and conquered a few part of northern India. His general Mr. Mir Baqi came to Ayodhya in 1528 and built the Babri mosque after destroying an existing temple of Rama at the site. After that, the site is called as Masjid-I-Janmasthan (mosque at the birthplace). This Babri Masjid was one of the largest mosques in UP, which state has a considerable Muslim population. From that time both the Hindus and Muslims have worshipped at the “mosque-temple,” Muslims used to worship their Allah inside the mosque and Hindus worshipped their deity Rama outside the mosque but inside the compound. And at the time of British rule, they put up a railing between the two areas to prevent disputes.

The discussions and opinions:

According to a special report, the executive member of All India Muslim Personal Law Board (AIMPLB), Mr. Syed Salman Hussain Nadvi was also supporting the proposal made by Art of Living founder Sri Ravi Shankar that the construction of Ram Mandir at the disputed land should be allowed and he demanded that extra land should be allocated for the construction of a mosque in a nearby land.  The AIMPLB said on Friday said that it will only accept Supreme Court’s verdict in the ongoing Babri Masjid-Ram Janabhoomi title dispute, PTI reported. This matter is disputed and pending before the Supreme Court.

A decision for the case, either way, will surely exacerbate communal tensions in the site.

And on the other hand, a rejection of the claim by Hindus might appear to perpetuate a Muslim injustice, as Mir Baqi, the general of the Mughal emperor Babar, who built the Babri Mosque by destroying the Rama temple at the site.

The most important political question, however, is: will the justice do the judgment considering India as a republic treating all faiths are equally important? Or it will also biased be biased politically? In 2014, when Narendra Modi was sworn in as prime minister of India,  all Hindus were thinking that PM will be on the side of rebuilding the temple at the site. But the building of a temple at the site where the mosque once stood is now seen as only a matter of time by supporters of the ruling dispensation.

Now the case is actually seen in the Supreme Court as an unnecessary impediment to be overcome as soon as possible by a judicial verdict and by a parliamentary law. If India doesn’t see any definite movement towards the re-building of the grand temple, it will be taken as a breach of political faith on the part of the BJP. Thus it will not be solved if people of our country are still communal. 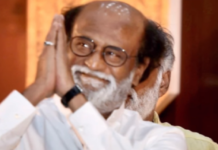 Why BJP Highlighted Key Performance Indicator Through Rajnikanth In Karnataka?