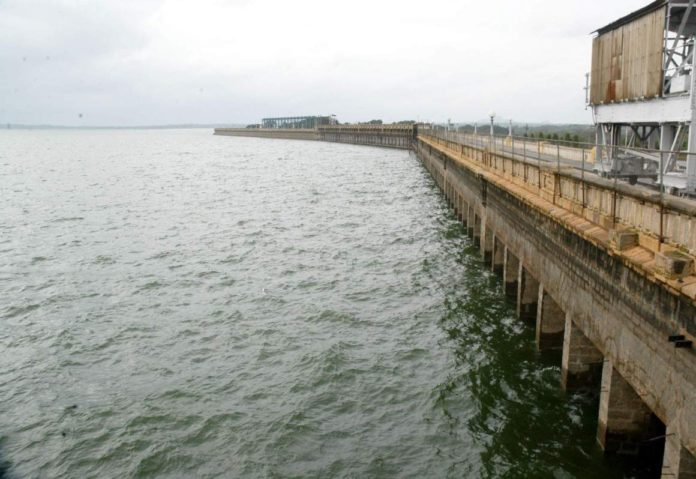 In the recent days, Karnataka is under tons of question marks regarding their development, infrastructure and GDP growth just on the background scene before the next state election in this year.  And Siddaramaiah government has nothing to answer those questions. A lot of issues proved his inefficiency and incompetency as a Chief Minister of the state. More than hundreds of opportunities were there to do something for the development of the state but he proved that- either he is not competent enough or he has planned to fail on the subject. His list includes— wrong decision, unethical work, political mafia and many more. Because of these negative decisions, it was not possible to improve anything in the state by the last state government. One of the major issues we want to draw your attention to the matter of cultivation and farmers’ issue in the state.

The fertile land percentage in Karnataka is much higher than any other southern states of India. But still, Karnataka is far behind in developments and infrastructure. There was a long pending issue regarding Cauvery water. The Supreme Court decision was also more or less towards the Karnataka people. But they have not concentrated on the effective use of water resources.

In reality, Groundwater, is the main lifeline of our country, with more than two-thirds of irrigated food grains production, over 90 percent of rural water supply and over 50 percent of urban water supply is actually dependent on the groundwater. It is also well known that groundwater and surface water are in more or less dynamic equilibrium. The utilizable surface water in Cauvery basin is 19 billion cubic meters; 670.89 TMC ft), and replenishable groundwater resource in that basin is 12.3 billion cubic meters (434.31 TMC ft). Hence it shows that the groundwater availability in the Cauvery basin is about 66.67% of the utilizable surface water.

On the Cauvery water issue with Tamil Nadu, Karnataka got more advantage. But the problem lies in the monthly distribution and low capacity dams! The issue was mainly the distribution of the river water with equal proportion but Karnataka didn’t do that. The even didn’t show the actual water quantity which is flowing through their state. Moreover, a bigger issue was that in case of a deficit, the water has to be shared by ratio-proportion in between the two states. Mainly they were 3 things involved in the Cauvery issue— Livelihood, Ethnic Dominance, Politics. But here we are not interested to analyze on those things. We should only see that Why Karnataka wasn’t able to develop itself even after getting more advantage on this river water issue. In last 5 years, total 3515 farmers have ended their lives. There can be many reasons for their death, but, in our country, the death of a farmer is a big tragedy and if the government cannot stop that, it’s really a serious and big issue. Karnataka government was also a failure in this case.

At that time Tamil Nadu claimed that Karnataka is not giving water. The Cauvery river flows originating at TalaCauvery, Kodagu in Karnataka, flows generally south and east through Karnataka and Tamil Nadu and across the southern Deccan plateau through the southeastern lowlands, emptying into the Bay of Bengal through two principal mouths in Poompuhar, Tamilnadu;

The maximum water of the river has been stored in dams in Karnataka, built by Karnataka state governments. Even after the building of so many dams how is it possible not to gain any upward trend of development in this cultivation sector. The main reason is the inefficient distribution of water.

To allow unrestricted groundwater use and not to include groundwater in calculating water availability and allocation, is unscientific, to put it rather charitably. The Tribunal Award fails the test of efficiency as the tribunal does not reward efficient use of water.

At that time the order of the Tribunal had directed the state to release 205 TMC water, and the final order was to release 192 TMC. Karnataka was able to release more than the desired amount in eleven of the last 15 years ( 1990 – 2005 ). If it was possible for 205 TMC directions, it should also be possible for 192 TMC directions? Actually, the problem has arisen as the Award stipulates monthly release figures. And fortunately, in the Cauvery basin, a few useful works has already been done by a collective called the Cauvery Family, of farmers, few technical experts and a few academics from the states Karnataka and Tamil Nadu, over their nine sittings. This collective will really have an important role to play in days to come to ensure that appropriate solutions have been brought into the picture missing in the Tribunal Award and to ensure that public’s real requirements are taken care of appropriately. If this family was allowed and enabled to perform such role, it can surely bring significant improvements in that basin. Indeed, an amicable solution of river water disputes is only possible when there is a big gap in resources planning and decision making which was really missing at that time.  And still, it is totally missing in the state.

Actually, the Tribunal Award did not consider the new method of water-efficient cultivating Rice, which is called the System of Rice Intensification (SRI). This SRI technique has been proved very effective through actual practicality tested over thousands of hectares in Karnataka, AP, and Tamil Nadu for the last 3-4 years. This technique can reduce water requirement by over 50 percent and yet increase per hactor yields by more than 50 percent. If this SRI technique is indeed practiced along the paddy areas in the state of Karnataka and Tamil Nadu, the perceived water distress in that Cauvery basin could be almost eliminated.

The length of this River (Cauvery) is around 800 kilometer, out of which 320 Km in Karnataka and the remaining 480 km in the southernmost state, Tamil Nadu near the Kerala border. Tamil Nadu constructed total three dams (Mettur dam, Bhavani Sagar dam and Amaravathi dam) with a total capacity of 136 TMC of water and there are three dams constructed by Karnataka also (KRS dam, Kabini dam, and Harangi dam) which has a total capacity of 104 TMC of water.

But according to the official report Karnataka requires only 81 TMC of water to cater everything including drinking water requirements and water for farming in the state. But due to the wrong planning and inefficient water resource distribution, Karnataka generally get only 56 TMC of water and out of which 22TMC is dead water. Hence every time the state faces the scarcity of water due to wrong planning. Karnataka is facing a serious shortage of water even after 90% monsoon rainfall.

There are many more reasons for this bad situation in the state. Karnataka is diverting the river water to many industries illegally and unethically in the name of drinking water and irrigation. Karnataka has 2nd highest desertification in our country after Rajasthan, though it has Krishna, Cauvery, Nethravathi, Shravathi, Mahadayi etc. Some of the districts of Karnataka are very dry; it is not able to utilize its water properly to improve their lives. Kerala)