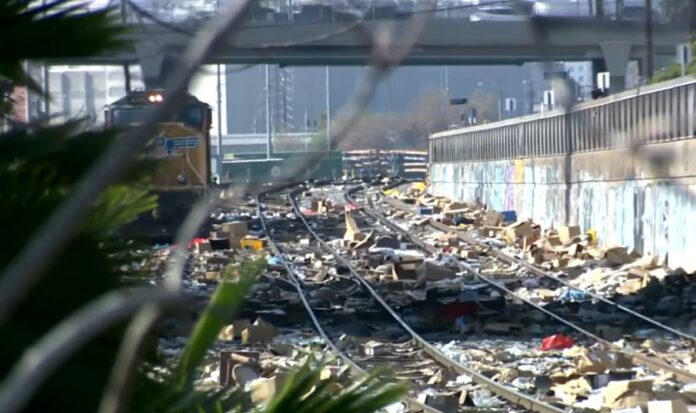 Since last year, the USA is witnessing a lot of negative incidents which they didn’t expect since the independence of the country. Such a piece of startling news frightened the American this year.

Thieves are raiding cargo containers in Los Angeles for months. Every day Dozens of freight cars are being broken. The packages are from big companies like Amazon, FedEx, UPS, etc. The incident happening in Los Angeles is just like inhuman incidents happening in third world countries, where people are ready to do any unethical work due to poverty and illiteracy.

The same situation of poverty and unethicality is swallowing Americans in the governance of president Biden. Thieves are actually born from the womb of poverty. Obviously, Covid 19 is one of the main reasons, which people are giving logic, but poverty can not be the only reason. Can you believe, people have forgotten their ethicality? In America? Is it possible? Yes, it is possible if the leader is giving the right direction then obviously people will choose the shortest path just like the flow of water and will destroy everything.

According to the data received from Rail operator Union Pacific, it has been seen a 160% rise in thefts in Los Angeles county since December 2020. They even don’t leave the emergency kits also. Their mentality has broken up to such a level, they are throwing Covid 19 kits as they know that these are the things they’ll not be able to re-sell. Where is the effect of the highest GDP and where is the effect of Human development? Are these only in Index numbers?

visionary leaders show the right path to their followers but under Biden’s leadership, everything is falling into an abyss of despair.