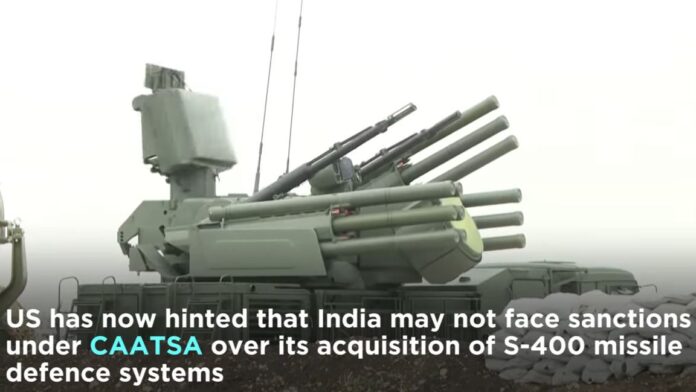 Washington appears to be taking a softer line on imports of S-400 anti-missile equipment to India, from Russia. According to the diplomatic camp, resisting China is a priority for the United States in the Indo-Pacific region and in current geopolitics. That is why Washington will not impose sanctions on India under the CATSA (the Countering America’s Adversaries Through Sanctions Act). In a word, the Biden administration will look at the issue of imposing economic sanctions if it buys high-tech and large quantities of weapons and ammunition from Russia.

Recently, James O’Brien, the Biden administration’s policy envoy, clarified the issue. He told a congressional hearing that a “balance” must be struck between US policy and India’s geopolitical obligations.

“We tried to discourage India from buying arms from Russia,” he said. He also mentioned, “However, there are some important geostrategic issues in this case. In particular, there is the aspect of relations with China. As a result, I think we need a balanced approach. ”

One of the US senators Mr. Todd Young, earlier, had informed the President in a letter that India is now an important defense ally of the United States. In the Indo-Pacific region, they are one of the allies, along with Japan and Australia. America should not embarrass India. Young recently said, “Turkey and India are different in terms of security. Our security partnership is not the same. ”