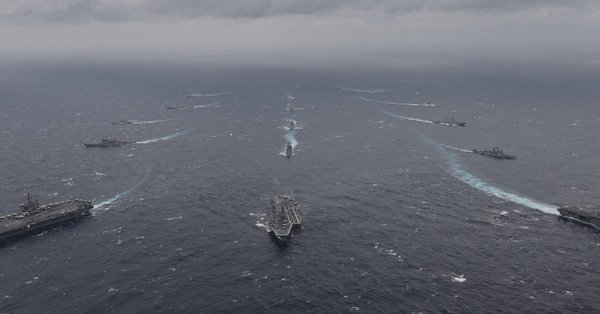 Since last one year, the competition in the border area between India and China is continuously coming in the front page of every news. The issue in Doklam Standoff is already pending unsolved. And this time the dispute is a little bit different. Both the countries are trying to for regional supremacy in the Indian Ocean. The Indian Ocean is acting as the border for many powerful countries. It borders Africa, the Middle East, Asia and Australia. And also it is the home to major sea lanes. The Indian Ocean is actually the choke point which is very crucial for global trade.

Almost 40% crude oil of the world is produced from this region of Indian Ocean. Not only oil, it also rich in various minerals and fisheries. Now China is trying to use its maximum region for commercial purpose. The two countries, Indian and China are trying to establish a commercial and economic presence in the region from the sea point of Tanzania to the sea point of Sri Lanka. Both the countries are trying to establish a stronger military along the Indian Ocean in a quest for regional supremacy.

Last month Prime Minister Narendra Modi visited Oman secured access to naval facilities in the Middle Eastern state. That is near the Strait of Hormuz. This is narrow gateway which is used for more than 30 percent of seaborne oil exports pass daily.

In this year India government has tried to build an air-strip and a jetty for its navy. For that India has signed a 20-year pact with Seychelles. And last year in November 2017 Modi government inked a pact with Singapore also. This pact can boost  Indian access to Changi naval base of the country.

An analyst, Mr. David Brewster from Australia wrote that “It seems that all we are in the middle of the base race across the region of Indian Ocean”.  He is a senior research fellow at the Australian National University.

Obviously, this will be the most crucial issue for Both India and China as it has the choke points that are crucial to global trade. More than 40 % of world’s offshore fuel oil is produced in this Indian Ocean.