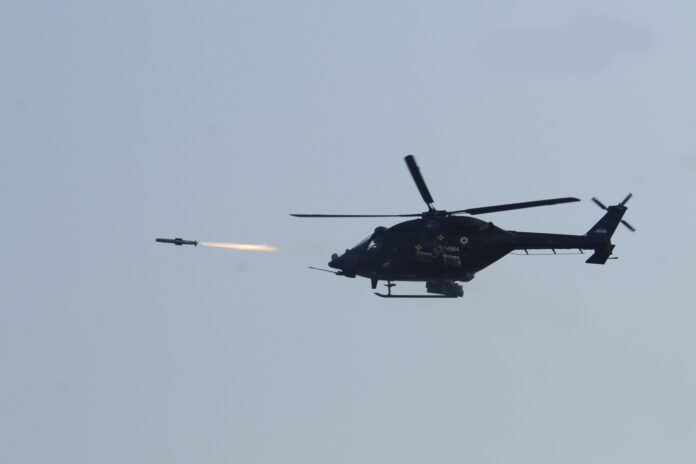 The Defense Research and Development Organization (DRDO) of India has mastered the art of defeating enemy tanks from the air. The Defense Ministry said the Helena missile, fired from an Indian Air Force light helicopter Dhruv, successfully hit its target at the Pokhran test site in Rajasthan on Saturday.

Infrared rays of light are used in this missile. This easily portable missile made by DRDO can quickly detect enemy tanks. This missile can also be used at night as it works on infrared rays. Many defense experts believe that Helina, a helicopter carrier, would be highly effective in adverse terrain conditions.

Helena is the helicopter version of the ‘Nag Destroyed Guided Missile’ (ATGM) ‘Nag’, a domestic technology used by the Indian Army for the last one and half-decade. That is why the missile has been given such a name. Incidentally, the manufacturer of the Dhruv helicopter is also the Indian company Hindustan Aeronautical Limited (HAL).

Last July, DRDO successfully tested another ‘tank destroyer’ missile made with indigenous technology. Only a soldier can carry that very light missile. In military terms, such a missile is called ‘Man-Portable Anti-Tank Guided Missile’ (MPATGM).