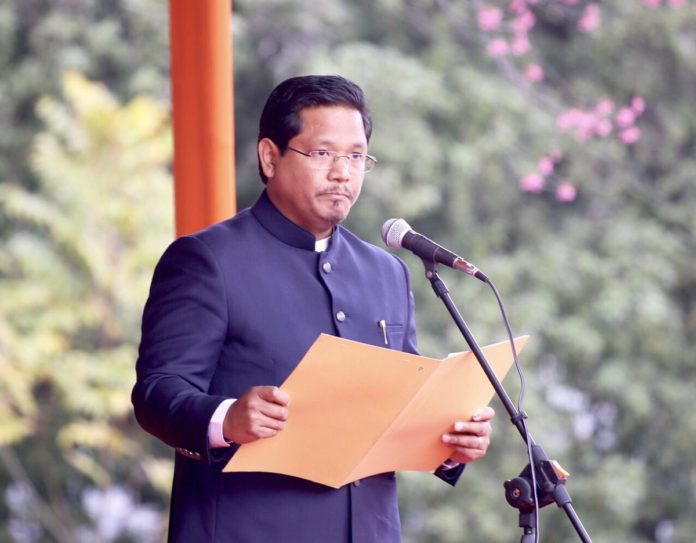 The result of Meghalaya Assembly Elections has been declared just two days ago. In the elections, Congress has got 21 seats, NPP- 19 seats, BJP- 2 seats, and others have got 17 seats. After that, a 5-party alliance came together including BJP and the NPP to form the new government in Meghalaya, to side-cast the Congress from the state. Although the Congress had emerged as the single-largest party in the result.

After that, they decided that NPP leader Mr. Conrad Sangma will be the next Chief Minister of the stat, but his sister Agatha has also emerged as the dark horse. A few days ago the Congress had met the Governor to form their government but no local parties have given support. Hence the Congress wasn’t able to form the government.

Now, National People’s Party (NPP) Chief Mr. Conrad Sangma today took oath as the Chief Minister of the state. They have taken the support of 34 MLAs in the 60-member Assembly. The Governor, Ganga Prasad presided over the swearing-in ceremony.

Mr. Conard Sangma also met RDA chairman Mr. Donkupar Roy at his residence before taking any decision. Mr. Sangma is the youngest son of the Lok Sabha speaker PA Sangma (former), who died in 2016. After his father’s death, he was elected an MP in a by polls from the Tura constituency in the state.

Ultimately the state, Meghalaya threw up a fractured mandate 2 days ago with the National Congress emerging as the single largest party, marginally ahead of its rival, the NPP, an ally of Bharatiya Janata Party (BJP) at the Centre and in Manipur.

For the last 10 years, the Congress has governed the state. But this time they won 21 seats out of the 59 that went to polls on 27th February 2018. The 21 seats were not enough to for the majority government by their own in the state. They had to win at least 30. The Congress initially had staked claim to form their government in Meghalaya at a meeting with the governor. A delegation of 3 central leaders of the national Congress – Mr. Kamal Nath, Mr. Ahmed Patel and Mr. CP Joshi had met the governor just two days ago on Saturday.

However, even after their defeat in the state assembly elections in three northeastern states, Party President Mr. Rahul Gandhi has told that he is committed to winning back the trust of those people and hit the BJP. He claimed that the BJP has got the success in those states by using the power of “big money” to create an opportunistic alliance. 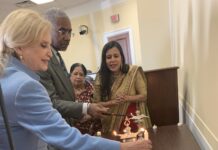