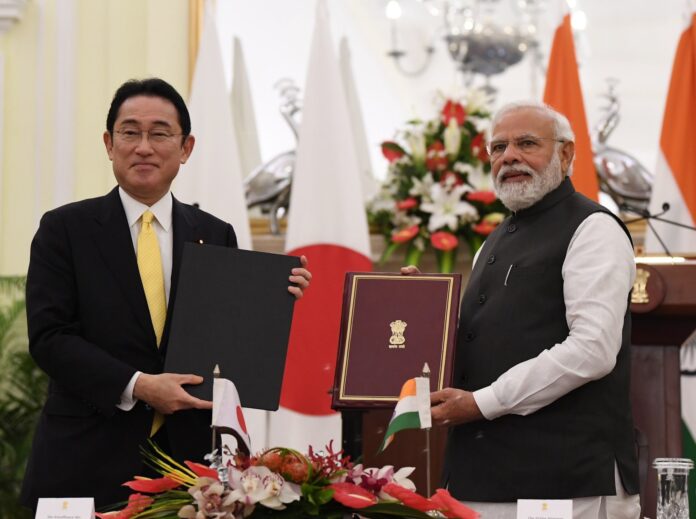 On the one hand, strengthening the financial ties between the two countries. On the other hand, in the context of the volatile geographical situation, to further their own security and diplomatic cooperation. Prime Minister Narendra Modi and Japanese Prime Minister Fumio Kishida met at the 14th Annual Summit in New Delhi today.

After the meeting, the Prime Minister’s Office claimed that the talks were successful. Prime Minister Narendra Modi said that in the next five years, India will receive five trillion yen or 3 lakh twenty thousand crore Japanese investment. A joint statement was issued after the meeting. In addition to Japanese investment, India and Japan have signed three agreements on cyber security and urban development. The meeting also talked about reducing carbon emissions.

After the meeting, Modi said, “The whole world is still struggling with Covid. On top of that various geographical events have added to the challenge in front of us. We need to deepen our cooperation in this time of crisis. ” Modi also said that India and Japan would work together for peace, security, and prosperity in the Indo-Pacific region.

According to a Foreign Ministry source, today’s discussion focused on the overall economic impact of Asia due to the Russia-Ukraine war. On the night, Foreign Secretary Harshvardhan Sringla said, “Both sides have expressed concern over the Russia-Ukraine war. Both countries agree that state sovereignty and geographical integrity need to be maintained.