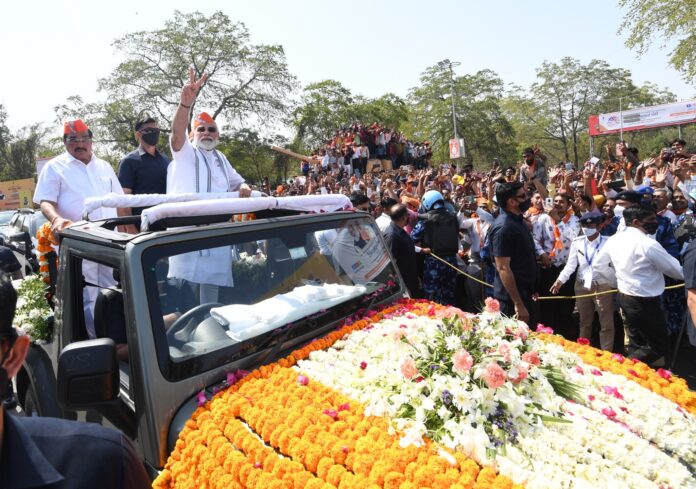 Lots of rumors against the BJP were on the air before the election result. But the people of India started seeing ‘Modi-magic’ again on Thursday afternoon.

Prime Minister Narendra Modi was seen addressing people from the New Delhi headquarters on Thursday evening after the BJP took over the state assembly in four states. It has been heard that the coming to power of BJP in 2024 cannot be stopped. Modi joined a roadshow with party leaders and activists in Ahmedabad, Gujarat, on Friday, the day after the results of the Assembly elections in five states were announced.

The roadshow was hailed as ‘Modi ji ka joy’. But why did PM Modi rush to Gujarat instead of celebrating the victory in the victorious states? It speaks of his continuous effort towards bigger achievements. He always showed his capability to achieve a big goal, whether it is the party’s goal or it is the goal of India.

The wind was blowing in Uttar Pradesh that the Samajwadi Party government led by Mulayam’s son Akhilesh Yadav may come to power. But on Thursday afternoon, it became clear that Yogi Adityanath is the ultimate lion.