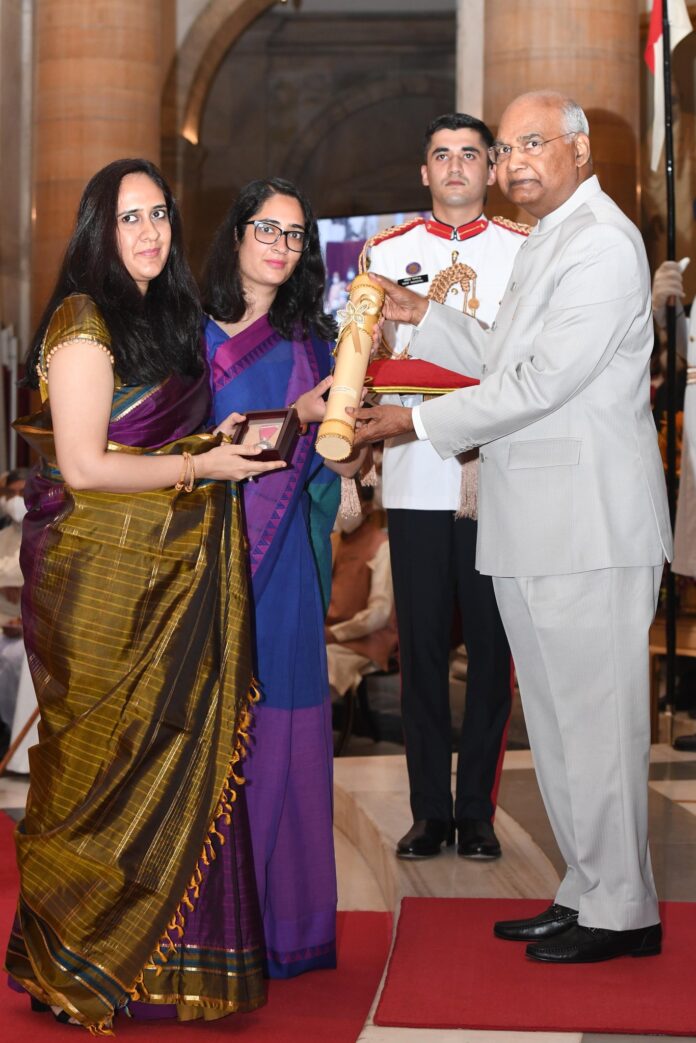 President Ramnath Kovind handed over the Padma Vibhushan award to the family of Bipin Rawat, who was killed in a chopper accident. The Padma honor was conferred on Monday. In addition to the late CDS Bipin Rawat, the list of Padma recipients for 2022 includes Congress leader Ghulam Nabi Azad and Cyrus Punawala Prabhuti, chairman of the Seram Institute.

His daughter Kritika and Tarini received his father’s award today. General Bipin Rawat, Recently died in a tragic chopper crash in the Nilgiri Hills in the state of Tamil Nadu last December 2021.

President Ramnath Kovind handed over the awards in a colorful ceremony at Rashtrapati Bhavan. On January 1, 2020, Bipin Rawat became the Chief of Defense Staff. Prior to this, he served as the Chief of Army Staff. He was also involved in the anti-militant campaign for ten consecutive years. He even led the Army in the Uri sector of Jammu and Kashmir. He spent most of his life in the country.

One such talented Chief of Defense Staff, General Bipin Rawat, was posthumously awarded the Padma Bhushan. The award was handed over to his family. Padma Vibhushan Award is one of the highest civilian awards. There were many more names on this list.