In the recent days, India’s collaboration with 1st world countries is gaining an upward trend. Recently Canadian Prime Minister Mr. Justin Trudeau has arrived India to visit a few major places. The Canadian Prime Minister’s first official visit to India is generating plenty of publicity here, but for all the wrong reasons. Mr. Justin landed here along with his wife and 3 children-Ella-Grace, Xavier and Hadrien and a delegation of ministers on Saturday last week, beginning a long tour across the whole India that has so far seen the family pictured at the Taj Mahal and wearing traditional dress at Mahatma Gandhi’s Sabarmati Ashram in Gujarat.

Though the Canadian PM is more than halfway through a long trip, he has yet to meet with a senior member of the Indian government; sparking widespread speculation he has been “snubbed” by the capital city, New Delhi. He is actually on a week-long visit to India.

Following his Mumbai visit, Justin Trudeau has landed in Amritsar. He was received by Mr. Hardeep Singh Puri and Navjot Singh Sidhu at the airport. Preparations by the Punjab government were really on in full swing for Trudeau’s visit. Mr. Trudeau is scheduled to pay obeisance at the Golden Temple in Amritsar along with his family. A multi-row, thick security blanket has been put in and around the Golden Temple. Punjab CM Amarinder Singh met Justin Trudeau in Amritsar for a meeting. Former deputy CM of Punjab and president of the Shiromani Akali Dal Sukhbir Singh Badal and his wife Union minister Mr. Harsimrat Kaur Badal will also meet the PM Justin at Golden Temple.

This was Justin Trudeau’s first visit to India. His first state visit to our country has made news mainly for a ‘lukewarm reception’ he received and the touristy photo-ops. The 7-day visit, which includes Agra, Amritsar, Delhi, Mumbai and Ahmedabad city, is aimed at bolstering bilateral relations between Canada and India in key areas of mutual interest.

The Canadian PM Justin is also referred as ‘Justin Singh’ for reaching out to the Sikh community in his own state, Canada, will be meeting Punjab CM Amarinder Singh in Amritsar and also he will visit the Golden Temple.his meeting with Punjab CM is being watched closely because of the perception around Justin’s soft approach to Sikh extremist community in his country. Amarinder Singh has alleged in the past, that some of Justin Trudeau’s cabinet ministers are Khalistani sympathizers.

CM  Amrinder Singh arrives at Hotel Taj Swarna in his Amritsar city to meet the Canadian PM, Justin Trudeau. According to Mr. Navjot Singh Sidhu, the 20-minute meeting between Punjab CM Amarinder Singh & Canadian PM Justin Trudeau can take Punjab 20 years ahead. Sidhu also expressed that this visit will strengthen the bilateral relations between India & Canada. It is actually a mutual symbiosis which can transform both the countries. Yesterday the Canadian PM also met the Indian Bollywood Superstar Shah Rukh Khan and his family in Mumbai on Tuesday evening. 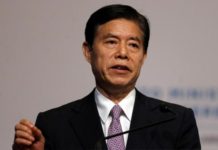 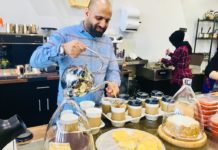