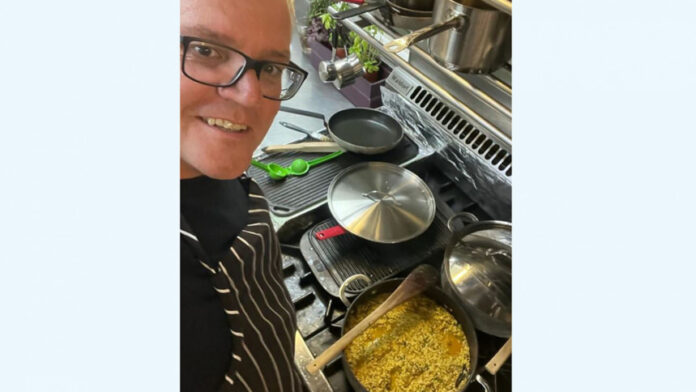 This time Scott Morrison cooked khichuri for the Prime Minister of India Narendra Modi. The Prime Minister of Australia described him as a “friend” and said, “I cooked this special khichri to celebrate the trade agreement between the two countries.”

Scott Morrison also posted a picture of that khichuri on his Instagram profile. India and Australia have recently signed the Economic Cooperation and Trade Agreement (ECTA). The Prime Minister of Australia stated that this is his special initiative to celebrate that relationship.

Scott Morrison was seen giving the message of cooking ‘Khichri’ and sharing the food habits and culture of the two countries. Morrison posted a picture of this special dish of Gujarat, the birthplace of Prime Minister Narendra Modi, on his Instagram handle. And it goes viral the moment it comes out in public.

In a caption to his post on the Instagram handle, the Australian Prime Minister wrote, “All the ingredients I have chosen to cook khichuri tonight to celebrate Australia’s new trade agreement with India are for my dear friend Prime Minister Narendra Modi”.