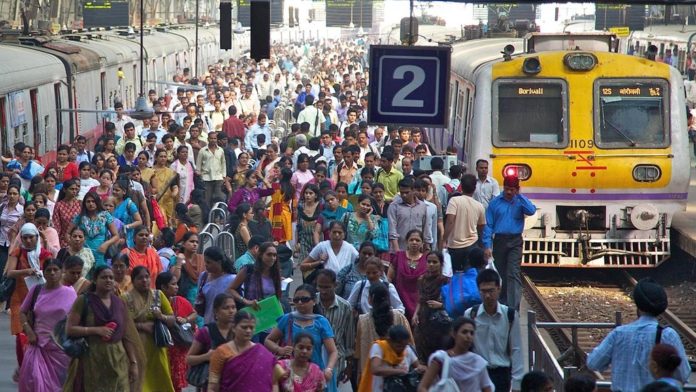 Middle India, accounting for 60% of all Indian households, holds the key to India’s prospects for inclusive growth. Middle India has been neglected after India’s first wave of economic reforms of the 1990s, despite a pickup in economic growth compared with the pre-reform decades. Rich India accounts for almost 39% of the total incremental increase in income from 2004 to 2013, two of the three quintiles of Middle India received less than their fair share. Only the “upper middle” quintile received a share in line with its percentage of households. Poor India fared the worst, receiving only 8.2% of the total increase in income.With various measurements and poverty lines, there is no exact figure on the number of poor and middle-class people

The realization that self-sufficiency cannot be attained through barriers and protectionism, the new economic policy, changed the face of India from a closed economy to an open economy. The new policy regime opened up borders for new ideas and opportunities. The economic reforms introduced in 1991 benefitted the middle class more than the poor by creating jobs and business opportunities as the economy grew. The enormous rise of the middle class was a sign of a rapidly progressive economy in 1990’s. While this class was progressing the, a large part was in poverty and malnutrition.

India is an agriculture economy, approx. 60% of the population is dependent on the agriculture sector and consequently, the interventions made in this sector affects the most. In the rural areas, life has become much easier with a large investment in infrastructure and development. The agriculture farmers will still be struggling out of poverty and economic shocks. Nearly three-quarters of India’s families depend on rural incomes.The majority of India’s poor (some 770 million people or about 70 percent) are found in rural areas.India’s food security depends on producing cereal crops, as well as increasing its production of fruits, vegetables, and milk to meet the demands of a growing population with rising incomes.

With the new-middle class taking roots and being looked upon by the poor as a source of inspiration, there is an increased pressure on the government to fulfill aspirations of these classes. A high economic growth requires a push to an aggregate demand coming from poor and middle class as they make up the large part of an unorganized sector. Some of the major policy changes like the introduction of goods and services tax and initiatives like make-in-India. The ‘make in India’ initiative was introduced to market India as a manufacturing hub and create jobs for its people. Under the ‘make in India’ initiative, twenty-five sectors were identified for focussed intervention and FDI policy was liberalized. As per rating agency Moody’s, FDI has hit an all-time high in early 2016, highlighting the success of ‘make in India’ initiative.

Now that the aspirations of people have increased with the Modi government, the middle class in the coming decades is going to play a very critical role in the economic growth of the nation. The present economic policies claim to be pro-poor in its approach and coverage and the promises have been kept to a certain extent. The major thrust of the policy has been towards financial inclusion of the poorest of the poor through a much-celebrated scheme, “Jan Dhan Yojana”. Presently, working at accelerating speed, the government through Jan Dhan Yojana scheme has opened more than 294 million saving accounts bringing marginalized groups into the formal economy. Poor and middle class depend on the good and services provided by the government like public distribution system, insurance schemes, MGNREGA etc. The Direct benefit transfer scheme has ensured that there is no leakage in the system due to corruption at any stage of governance. The beneficiaries get the cash transferred directly to there Jan Dhan accounts ensuring transparency.

The much talked about demonetization of high valued currency notes though for a brief period been a shock for the poor and middle-class but to see as a larger plan for weeding out black money it has its own success story. Turning to a cashless economy will be a difficult task considering that the large part of the economy is operated by unorganized sector. The tastes and habits of consumers are changing pertaining to the diversified environment. Two decades sooner or even 10 years back, nobody could have envisioned the effect of advanced innovations on the normal Indian. First of all, the numbers are mind-boggling. The aggregate number of Indians with access to a cell phone is as of now near a billion. The number of individuals in the nation today with Internet gets to be as of now 300+ million—the span of the US populace. Throughout the following decade, this number is relied upon to ascend to 800+ million.

However, the rise in economic transformation has not seen an equivalent transformation in human development outcomes. The impact of these economic changes varies for women, with little movement of women in the workforce in the northern states to the increasing trend of feminization of agriculture in many states. On the other hand, despite substantial economic growth, education and health services show slower improvement with deteriorating public services in many cases. However, increasing demand for health services and education have also meant increasing reliance on private providers of health and education, sometimes of questionable quality.

While the caste structure and the associated hierarchies across castes do not show any sign of visible change, there is evidence that the disadvantaged castes may be benefiting from the changing production relations. This is particularly true for the Dalits, who have moved into non-farm in a big way. On the other hand, the traditional cultivating castes are slow to take advantage of the opening of opportunities outside the village and the agricultural sector. However, the dominant castes and classes have managed to gain disproportionately from the changing production relations. A result of these changes has also been rising inequality in most villages where income data is available.

Most of these changes have also been accompanied by changing social and political structures in the village. One of the visible changes has been the emergence of caste conflicts, partly because of reservation in local body elections but also due to the changing economic status of different caste groups. With large transfers from the state and the center on various schemes, it has led to the emergence of new forms of cooperation as well as conflict.

While it is difficult to generalize the changes in village economies and societies based on these studies, these do highlight the importance of understanding change through in-depth village studies. Declining fortunes along with increasing vulnerabilities in agriculture may be important in explaining these changes in the way the village is responding to the external and internal stimuli. Despite the large heterogeneity in caste, class and social structure, most village studies suggest a fundamental altering of the production and social relations.

It is a trusted fact that with the rise in economic growth, there is not a guaranteed decrease in inequality in the society. According to World Inequality Report 2018, the top 1% of income earners received 6% of the total income in the early 1980s, close to 15% of it in 2000, and receives 22% today.  There is a continuous growth in inequality since the mid-1980.

Given the growing inequality in India, the direction that public policy should now take is evident.