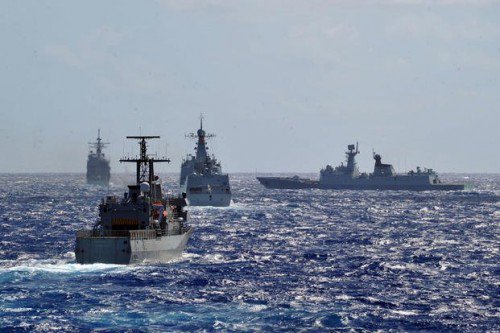 This even actually started for the professional interactions and to show the spirit of collaboration but besides fostering co-operation through the naval exercises and professional interactions, this MILAN even also provides an excellent opportunity to the participating navies to come together in a spirit of positive collaboration and mutual understanding in between them to nurture stronger ties. The MILAN actually made modest beginnings more than two decades ago, the first time in 19195.

In the first event in 1995, it was observed that there were 4 littoral navies were participated. After that, it has got some standards and after adding some more value in the event, it achieved strident success during the ensuing years because of adding some of the professional content in the series. And now the MILAN is just not an event, it is a prestigious international matter. It was unbelievable at that time as from an event of sub-regional context; it has grown into a large scale prestigious interaction event and encompasses participation by maritime forces from not just the Bay of Bengal and South East Asia but the huge Indian Ocean Region (IOR) also.

In this event, this time it will witness a diverse mix of professional exercises and technical seminars, presentations, social events and sporting fixtures. The professional interactions between navies at the event encompass sharing of opinions and ideas on the maritime good – order and enhancing regional and large-scale cooperation for combating unlawful activities at sea.

Currently, the Indian navy is preparing for every series in the event. The inaugural address will be delivered by Chief of Navy Mr. Sunil Lanba and a few presentations will be there by eminent speakers. The social interactions are also planned which actually include a display by bands of the Indian Navy and Indian Army, ship visits and colorful socio-cultural evenings.

Many more interesting programs will be there for the event. This 2018 MILAN event will be open to the public and they will display a few things by skydiving team, beating the retreat and Naval continuity drill. Also, an International City Parade will be there along the Marina Park Road. The parade will be done with marching contingents from all foreign naval ships, which are participating in the event, as well as the Indian Armed Forces. And it will include a fly-past display and aerobatic display by the aircraft used by the military. The demonstrations of various military operations will also be an interesting part of the series. Ultimately the MILAN 2018 programs are aiming to showcase the rich heritage, culture and pristine natural beauty of the Andaman and Nicobar Islands to the foreign visitors.