On February 5th 2017 football fans globally defended on the NRG Stadium for the 51st Super Bowl between the New England Patriots and the Atlanta Falcons. The end of the season was a familiar situation for the Patriots as they made their 9th Super Bowl appearance following an incredible season finishing with a record of 14-2-0. With Tom Brady leading a star studded Patriots side it was difficult to look past them as clear favourites for the Super Bowl.

But who were the notable mentions outside of the Super Bowl participants?

Although the Super Bowl had all the ingredients to be a thrilling game there’s no way anyone could have predicted what happened. The Atlanta Falcons were a strong underdog in the big game and it really showed. Never before has a team taken a lead a large as the Falcons did to then lose which is a shame really, I love it when an underdog wins. But you cannot take away from what Brady and the Patriots achieved in their come back. It was so unlikely to happen that some random guy got a date with Genie Bouchard out of a bet on it and if that doesn’t put it in perspective for you then nothing will.

Nevertheless the Patriots fought back the deficit to come out victorious and Tom Brady bagged himself a place in the history books by becoming the first quarterback to fin five Super Bowls. But who were the notable mentions outside of the Super Bowl participants? For a city with the sporting reputation that LA has the Rams were beyond disappointing but with the confirmed move of the San Diego Chargers to LA football in the city of Angels might be on the up. It was a fairly routine season for many of the top teams. The Steelers, Packers and Seahawks all had very good seasons as would be expected and it was a similar story towards the lower end of the divisions. With all due respect no one would have expected the Browns or the Jags to have a decent season and this proved to be correct. However there were a few small surprises.

the season ended in style with one of the most remarkable Super Bowl games ever.

Given their strong finish last season New York Jets fans have got to be disappointed with their team’s performances this time out. Given their record of 10-6-0 last season a drop to 5-11-0 is bitterly disappointing. Another franchise that had a simply awful season this year is the Carolina Panthers. To go from a record of 15-1-0 in the 2015 regular season, finishing top of the NFC South to this season finishing with a record of of 6-10-0 and bottom of the division. Unexplainable decline in performance.
Despite there being some horror seasons, other franchises also had a year to remember. This season was a special one especially for the Dallas Cowboys. In 2014 they were flying high only to slump to the bottom of the division in the 2015 season but how they turned that situation back around. This time out the Cowboys racked up 13 wins in the regular season and so regaining the respect that they deserve.

As with every year there’s been some dreadful and incredible performances from various franchises but one thing’s for sure, the season ended in style with one of the most remarkable Super Bowl games ever. 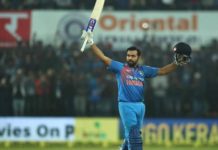 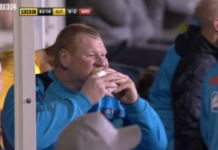