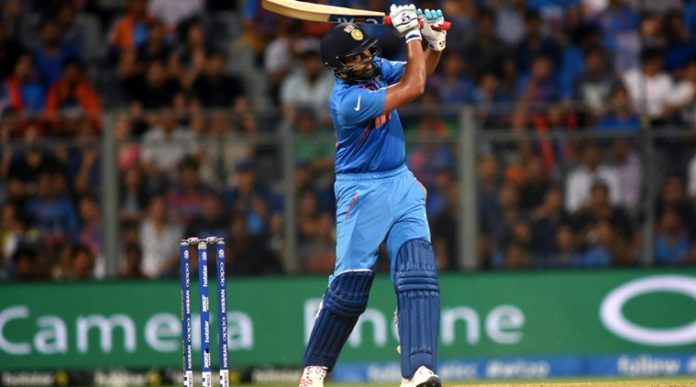 Everyone knows about Rohit Sharma, his class, his form, and most his sixes. Recently the third double century scored by Rohit has made every one once again to talk about this talented batsman. Before 2010 everyone thought that a double century is not possible but Rohit Sharma has scored third double century. People also think that he is a slow batsman but 35 ball century recently struck by him has proved everyone wrong. He equaled the record of David Miller of fastest ever t20 international century in just 35 balls.

Some special records made by R.G.Sharma

– First player to score a century in all 3 formats in a single tour
– World record for most sixes in a calendar year across all formats: 64
– 264 run

-Most fours in a one-day inning and equal the most sixes in a single inning.

Rohit Sharma started his inning slowly but after he set he started to fire on the bowlers and hit those biggies.

Really he was a talented batsman and can take India Cricket team to the new heights. If you started once to watch the inning of Rohit Sharma you can’t stop seeing an inning in middle. Because there is something special in his batting which attracts everyone. So Rohit is best according to me not everyone. But we all Indian should give a place in our heart for him.

In test matches Rohit was not given the chances to play otherwise he would be the good test player. He has the capability to play in all formats of the cricket. Trollers will be trollers but I think Rohit Sharma is a good player than Virat Kohli.

Anil Kumble Stepped Down From His Position: Team India Will Have Coach before Sri Lanka Tour