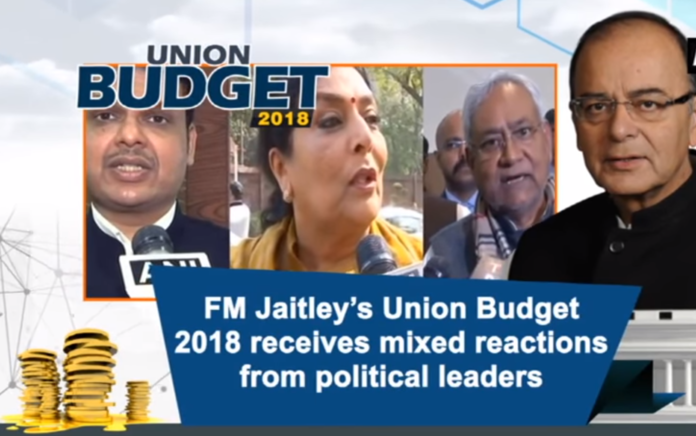 India’s Finance Minister, Arun Jaitley unveiled the Union Budget 2018 to parliament on Thursday. As claimed by Chattisgarh Chief Minister Raman Singh, the budget focused on 80% of the population in India. It mainly focused on the farmers and the poor. His statement referred to Jaitley’s allocation of about Rs 14 trillion towards rural infrastructure development and economic support for farmers.

It was already established when speculating the budget that it will focus on farmers, unemployed and education. Unemployment among other issues was not mentioned in the budget.

CPM leader Brinda Karat on Friday poked holes in Arun’s statement when he reiterated that the Centre had already implemented Swaminathan Commission’s recommendations on the Rabi crop. She said that the 2018 Union Budget was ridicule to the people of India especially the farmers and the poor. She claimed that a few months back, the government informed the Supreme Court by way of writing that it was not capable of implementing the commission’s recommendations yet the Finance Minister declares the government has presently implemented the recommendations.

Karat told Asian News International that the Centre has also increased indirect taxes on the common people. As such, as claimed by Chattisgarh Chief Minister Raman Singh, the budget is the opposite of people friendly. The CPM leader added that the Minister misguided parliament and the people of the nation by claiming that the minimum support price for the Rabi crop produced in the rural areas was provided.

Brinda suggested that a privilege motion should be introduced in parliament against the Finance Minister for misleading parliament and the nation. She was also skeptical about the health insurance promise made by the government which assured 100 million families per year of a Rs 5,00,000 health cover.

In a different development, West Bengal Chief Minister Mamata Banerjee criticized the Union Budget 2018. She said that the budget was not people friendly. She also accused the government of not mentioning anything about unemployment in the budget. The government did not state anything new about unemployment while the small and medium scale sectors continue to suffer.

On education, Banerjee shamed the Finance Minister for the introduction of a 1% cess on education. The budget begins on April 1 and is considered the last full budget for the Narendra Modi government. Next year the Finance Minister will be reading a vote on account to the proposals suggested on the Union Budget 2018.

Cryptocurrency: ‘Saying no’ to cryptocurrency is the right decision, says RBI Deputy Governor