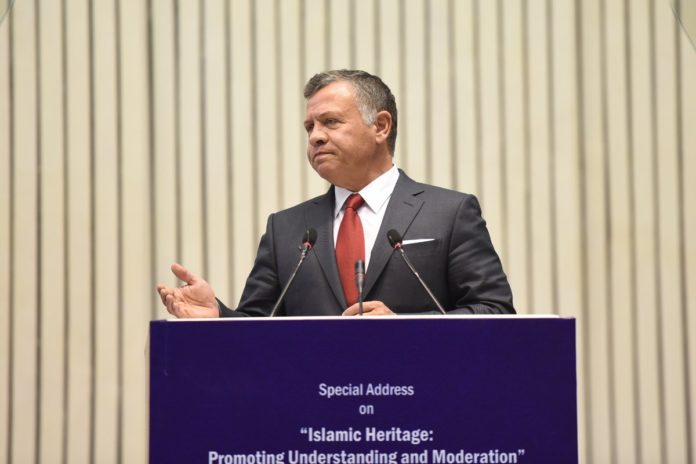 Recently Prime Minister Narendra Modi attended a conference and talked about the terrorism in our country, just a few our after the US President Donald Trump’s comment on the bilateral relation between India and America. Both the PM and the US president are on the same path of administration against Anti-terrorism. According to Prime Minister Modi- attacking humanity in the name of religion is against the religion actually.

Not only, PM Modi, Mr. King Abdullah was also present at the conference. He also draws the attention by supporting Modi’s comment and gave some speech on Islamic heritage.

Today the conference was arranged in New Delhi to promote Understanding and Moderation on the theme of protecting Islamic Heritage. In the campaign, Prime Minister said that the campaign is against the extremism and terrorism. It has arranged not to aim at any religion, it has been arranged against a mindset that is continuously misleading our youth to harm innocent people.

According to Narendra Modi, the people who attacked humanity in the name of their religion, actually don’t understand their religion’s motto. Harming innocent people is actually against any religion.  Mr. Jordan King Abdullah recently landed in New Delhi only to attend the campaign. Both of them, Mr. Abdullah and PM Modi are of the same opinion that India had been a cradle of all religion since very long time and that peace is in our spirit.

Prime Minister Modi actually emphasized on the need of technology and religion both in youth to maintain the heritage of their our nation. According to PM Modi, the Muslims in India have Quran in one hand and computer in another hand. Using both the holy book and technology youth can easily fight against terrorism and violence against innocent people.

After PM Modi speech, Mr. Abdullah has taken forward Modi’s speech. He said that fight against terrorism and bad people is not against Muslims or any religion but against hate. According to his speech ideologies of hate actually, distort the goodness of people and distorted the meaning of ‘God’ word.

As per the Jordanian rule- it is the duty of every Muslim to help those in need, not to harm anyone and not to hate anyone. Mr. Abdullah also mentioned that the importance of inclusion as a path to co-existence that the world needs. He added that we should protect strangers just as like as we protect our own people. We should make the enormous effort for upholding peace. We should not allow our youth to be left without any hope especially when we do have the power to make a better nation

Mr. Abdullah, the Jordanian King has visited our country after PM Modi’s travel to Jordan just 3 weeks ago.  The visit of PM Modi was a part of his West Asian tour which included Palestine also. Prime Minister Narendra Modi and the Jordanian King Mr. Abdullah will hold detail talk on the matter again for upholding peace and against terrorism.