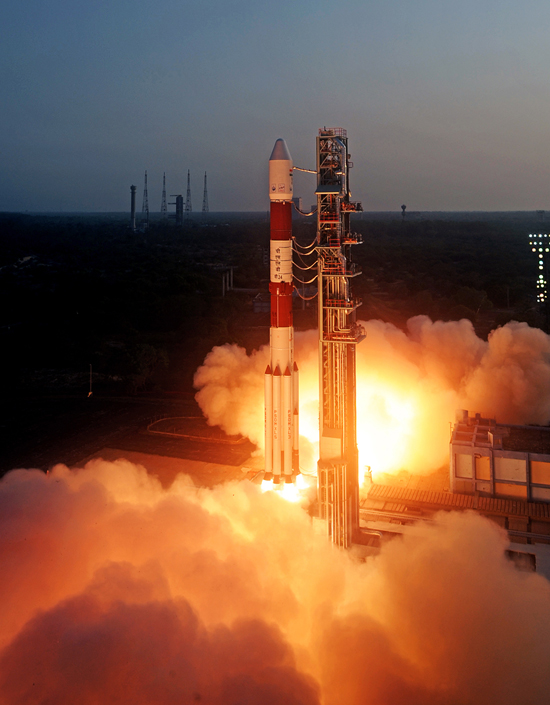 Today, Indian Space Research Organization (ISRO)  announced a great news that it will launch Thirty-One (31) satellites in a single mission onboard its Polar rocket on January 10. It has also included India’s Cartosat-2 series earth observation spacecraft, in a single mission. This mission will be the first Polar Satellite Launch Vehicle (PSLV) mission after this year’s unsuccessful launch of IRNSS-1H navigation satellite in August 2017.

According to the statement of a senior officer, “The mission has been scheduled tentatively on 10th January”. The mission’s main payload will be India’s Cartosat-2 series earth observation satellite. The whole team and all the officers were very much happy while giving the statement. The senior officer also said, “The Mission Readiness Review committee (TMRRC) and Launch Authorization Board (LAB) is scheduled to meet in the next week and will take the final call.

In this mission, PSLV-C40 will be used for the launch from the spaceport of Sriharikota in Andhra Pradesh, which is about 100 km from Chennai city. The launch will be a combination of total twenty – eight nanosatellites from foreign countries, including Finland and the United States, one micro and nanosatellite from India along with one Cartosat satellite. On 31st August in this year, one of the most valuable mission ended in a failure due to some technical fault on the final leg following a perfect launch. The mission was backup navigation satellite IRNSS-1H on board PSLV-C39.

The organization ISRO then said the heat shield of the final leg did not separate in the launch sequence and, as a result, IRNSS-1H got stuck in the 4th stage of the rocket. According to Indian Space Research Organization (ISRO), the primary objective of the satellite Cartosat-2 series launch is to provide high-resolution scene-specific spot imageries. The satellite carries panchromatic and Multi-spectral cameras which actually operate in Time Delay Integration mode and it is capable of delivering high-resolution data. This will be the 3rd satellite in the Cartosat-2 series.

It is the matter of pride not only for ISRO but also for India. India’s growth curve for space research and satellite launching through ISRO is continuously showing rising trend.

ISRO has conducted a number of major operations on national as well as international level including the first moon mission rocket Chandrayaan-1 for moon data exploration with a cost of $860 million. And this PSLV mission will add some more value to the ISRO center and to the Indian nation. No space agency is better or worse than each other, we cannot compare each other, it all depends on their priorities but considering many parameters, ISRO is among the top 5 space research organization in the world. and after the announcement of the recent decision, they are going to prove themselves.