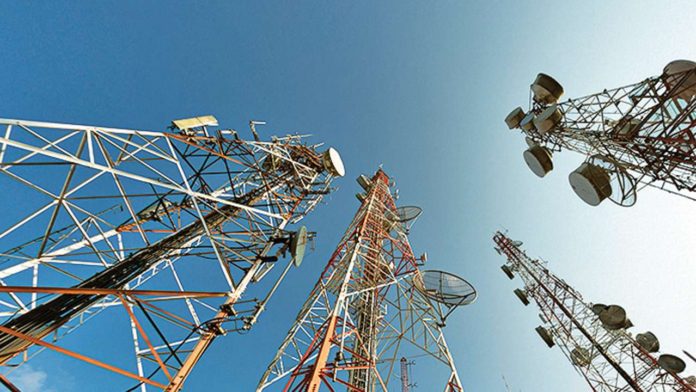 The political storm of the 2G verdict is in the spotlight of Indian news since last few days; sorry it will be wrong if I say “since last few days”. It is actually happening since last few months and since last few years when Telecom Authority of India (TRAI) issued a license in 2007 for 2G spectrum with first-come-first-served policy through Telecom Minister A Raja.

Last week the judgment was negative for A Raja and it was totally positive for Delhi high court and Supreme court (SC), but yesterday the Judgement by Justice OP Saini in the 2G spectrum case, has justifiably created a new controversy in India. The verdict in the socially and politically-sensitive 2G cases acquitting ex-telecom minister Mr. A Raja and all other accused at the fag end of the year has been the show stealer from trial courts in Delhi in an eventful 2017.

The outcome of the 2G scam matter has raised more questions than answers as special judge Mr. O P Saini was even critical of a special prosecutor appointed by the SC which is continuously monitoring the probe in the case. Mr. Saini is specially dealing with the cases arising out of the 2G spectrum allocation scam for 7  years. In this case, the CAG had computed the loss of Rs 176 thousand crores to the exchequer.

But OP Saini’s Judgement goes beyond the normal expectations. The judge seems to argue that let alone a crime, till there is no evidence of a loss to the exchequer; it was only due to “media”; and even if there were wrong decisions, by the department of telecommunication (DoT), A Raja, the Ex-telecom minister was not to blame.

According to Saini, “A few people created a scam by artfully arranging some sequences, a few selected facts and exaggerating things beyond expectation to an astronomical level.”

Actually, the issue is well known to everyone but the real background was a little bit different,  The first press release for 2G spectrum allocation was declared the cut-off date on 1st October in 2007. The petitioners had complied with all things and submitted their application and proposals by 28th September 2007. After that, there was the subsequent change in cut-off date to 25th September 2007. Although the reason was only due to a large number of applications received but it challenged as arbitrary by the petitioners. The respondents had also failed to adhere to the no-cap policy of Telecom authority TRAI. Delhi High Court in this case observed and ordered:

In 2009, a Judgment for a Civil Writ Petition filed in the High Court had vitiated the opaque nature of the of the licensing and allocation process of the 2G spectrum. The 2012 Judgment of the Supreme Court canceled 122 licenses that had been already awarded through an official process, which violated Article 14 of the Indian Constitution. The 2009 Judgment of the High Court was in respect of S. Tel Ltd. vs the Union of India. The petitioners were a telecom company and they challenged the licensing and spectrum allocation process because they had lost out by the change in the process and the cut-off date by the Minister of Communications and IT, Mr. A. Raja.

In 2017, the Judgment of the CBI Court, however, denied all these and stated that there was no wrongdoing in the spectrum allocation process. CBI court’s only statement is that the Government officials were like that only due to a large number of applicants, the process had to be modified.

“Taking into consideration that on 13th April 2007 the Government of India had recommended, Telecom Regulatory Authority TRAI to furnish all recommendation in terms of 11/ e clause of the TRAI Act, 1997 on the issue.  The TRAI gave its recommendations on 28th August 2007 which were duly accepted by the Ministry of telecom, the respondent cannot be allowed to arbitrarily change the cut-off date and also without any justifiable reason.  At that time the respondents failed to satisfy the Court as to how any public interest would be affected in the matter, the impugned press release on 10.1.2008 is quashed.  The respondents were directed to consider the applications submitted by the petitioner on 28th September 2007”.

The Supreme Court, High court, and CAG examined different set issues but the Special Court examined the question of criminality of A Raja and others who were involved in the auction of 2G licenses. The CAG has considered the loss to the exchequer. The Supreme Court (SC) has examined whether the allotment of licenses was in accordance with the constitutional rules, regulations, and provisions of equality before the law. CAG always tried to examine whether exchequer lost money due to the policies implemented while selling the 2G license. They also tried to calculate how much exchequer has lost.

According to CAG’s calculation, India has earned only Rs. 12,386 crore by allotting license on first come first served basis. They also calculated the presumptive loss of Rs 1,76,000 crore based on the 3G auction, or 67,000 crores based on S Tel’s offer to the DoT for a pan Indian license, or Rs 58,000 crore based on the equity sale of Swan Telecom and Unitech (STU). All these are against the amount of Rs 12,386 crore that India did earn by allotting licenses.

But according to the special court, all these calculations are of notional loss. Unless we reboot the past, there is no way of knowing what would actually have happened and compare these two.

The Supreme Court (SC) examined the issue from the legality point of view. Is it legally permissible or not to do when parting with a scarce resource. They held that any procedure or SOP, that is followed must be transparent. And they have mentioned that A Raja’s policy of first-come-first-served was not transparent. The Supreme Court (SC) also blamed the Telecom Regulatory Authority’s recommendations as flopped, and this was used by the ex-telecom minister A Raja and by the Department of Telecommunication (DoT).

The 2G case before the Special Court’s judgment, Mr. Saini was whether the policy and the allocation process of licenses to specific parties was the result of criminal acts. Evidence that shows the policy harmed our India, was really arbitrary, or unfair is really an element, but it must also go hand-in-hand in establishing a criminal conspiracy. In the Supreme Court (SC) 2G spectrum case was also a civil matter, but in the Special Court, the case was a criminal matter.

The prosecution could not prove criminality in the case of the Justice OP Saini. Hence Saini declared that the country suffered no loss. He also said that the principle of distributing scarce natural resource is same as like as the distribution of cinema tickets.

But the question is why did both the CAG and the Supreme Court (SC) find the value of the license and the allocation process by which licenses were distributed, as faulty?

Minister A Raja decided that the price discovered in the auction of 2001 for the 4th cellular operator of more than fifteen thousand crores, will be the cost of an all India license in 2008 and each state license will be also pegged at the auction price in 2001. The numbers of cellular subscribers were 4 million at that time. After that in 2008, there were 350 million subscribers – means the market had grown by 75 times.

Clearly, the value of spectrum in 2001 is very different from its value. In 2001there were a much smaller number of consumers but later the market had expanded by 75 times. That the market price was much higher is validated by S Tel offer to Department of Telecommunication (DoT) of 13,700 crores in the year 2007 for a pan Indian license.

In our country, the spectrum became a part of the license, as a certain amount of spectrum was synchronized with the license. Without the spectrum, the license has really little value, as no cellular operator can provide services. Before A Raja’s first-come-first-served policy, it was very much understood that those licenses will be given only when there is a spectrum, and the award of licenses will take place based on a first-come-first-served policy.  Till 2008, the available spectrum was little. It was only after defense and other valuable departments vacated some spectrum, it became available and the issuing of new licenses assumed importance.

A Raja’s “method” of rewarding was to separate the spectrum from the license application. Raja first announced that the licenses will be handed out on his first-come-first-served basis, with the cut-off date for applications as of 1st October 2007. On 10th January 2008, DoT dept. uploaded a new press release, stating that the cut-off date will be taken on 25th September 2007. The press release also asked the companies to submit their demand draft of Rs 1,658 crore – between 3.30 pm to 4.30 pm on the same day. Those who had to fulfill these conditions of the of the license then secured spectrum before others.

Mr. A Raja argued against auctioning the spectrum and license and sticking to the price of 2001. According to his opinion, if the price of the spectrum and license is low, the cost of service will also be low, and hence it will be more affordable to the consumers. If this was indeed the argument for not auctioning the license, then the logical step would have been to provide a lock-in for the new awardees, at least for a period of 3 years minimum.

Subsequently, Unitech sold its shares to the company Telenor Asia. Total 67.25 % shares were transferred at a price of six thousand crores to Telenor Asia. And similarly, Swan Telecom sold 45 % of its shares for four thousand crores at 2008 prices. In other words, these Swan and Unitech company shares were valued at five to six times the license price they had paid, making huge profits, when their only asset was the license.

But the picture was a little bit different when CBI court examined the eligibility of companies for issuing a license. The special CBI Court found that there was no question about the ineligibility of those companies through a strict interpretation of Clause no. 8 of the UASL Guidelines of 2005 that, “No company or legal person, either directly or through its associates, shall have substantial equity holding in more than one licensee Company Ltd. in the same service area for the Access Services namely- Basic, Cellular and Unified Access Service (UAS). Here “Substantial equity” herein will mean ‘an equity of ten percent or more’. A promoter company or any legal person cannot have stakes in more than one LICENSEE Company for the same service area. A special certificate to this effect will be provided by the applicant’s Company Secretary (CS) along with the application”.

Whatever may be the judgment, it is neither positive nor negative for HC, SC, CAG or A RAJA or DoT. It is always the question of capability to prove whether they were right or not. Maybe it surprising to everyone but the reality is, the judgment of Delhi high court and Hon’ble Supreme Court, Mr. A Raja is at fault but according to O. P. Saini, A Raja is completely innocent. Hence to date, the cloud is not clear. Let’s wait for something else.