Between 20 May and 11 June, a total of 52 matches will be played in the Korea Republic in order to determine who will be crowned the winners of the under 20 World Cup 2017. Last time out Serbia took home the bragging rights as they beat Brazil by 2 goals to 1, after extra time. But this time Serbia were unable to qualify for the finals and so we’re guaranteed to see a new nation take home the trophy this time around.

Ahead of the tournament, the favorites according to the bookies are France but as with any big tournaments it purely comes down to who is in form at the right time. As always there will be the typical teams who are going to have a shot at winning the title such as England, Germany, France, USA, Italy, Argentina and you can never write off the hosts of these tournaments. Home support makes a big difference in soccer and so although the Korea Republic might not be the favorites don’t be surprised if they do better than everyone expects.

For a fair few years now the players who perform best in the under 20 World Cup have gone on to becoming world class players at some of the biggest clubs in world soccer. The ‘Golden Ball’ award is given to the player who is deemed to have played the best football in the tournament. Recent winners include Lionel Messi, Sergio Aguero, and Paul Pogba which shows just how much of a platform this competition can be for players.

So who can we expect to shine during the 2017 World Cup? Who are the best nations in each continent?

The USA have good reasons to be hopeful for the tournament as they have recently won their first CONCACAF title earlier this month and have a fantastic array of talent in their ranks. However despite this being a fantastic achievement they definitely face some tough competition. Under 20 Africa Cup of Nations winners Zambia qualified for the finals stages of the World Cup and off the back of their continental success there’s no reason why they won’t be able to carry their momentum into the tournament and challenge for the title. In Europe France were the winners of the last under 19 European Championships which has helped to consolidate their status as favorites for the tournament. From Asia, you have to back the hosts Korea Republic to perform well. Home support always gives teams that extra incentive to perform well. Although they do face a large hurdle in that they’ve been drawn in the same group as England and Argentina.

One of the key players to watch in the tournament comes from the favourites France, Jean-Kevin Augustin. Augustin was the main man behind France’s triumph at the UEFA European Under 19 Championships as he topped the goalscoring leaderboard as well as being awarded the Golden Player Award. Augustin plays his club soccer in France for Ligue 1 giants Paris Saint-Germain. Only 19 years of age the French striker has made 23 appearances for PSG and has scored 2 goals in the process. To even be breaking into a team of PSG’s level at the young age of 19 is incredible and so that’s why he’s a player to look out for at this summer’s tournament. 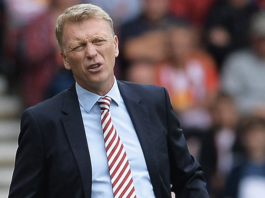 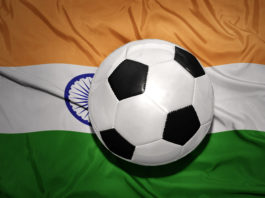 India Beat Cambodia 3-2 in International Football Friendly at the Olympic...