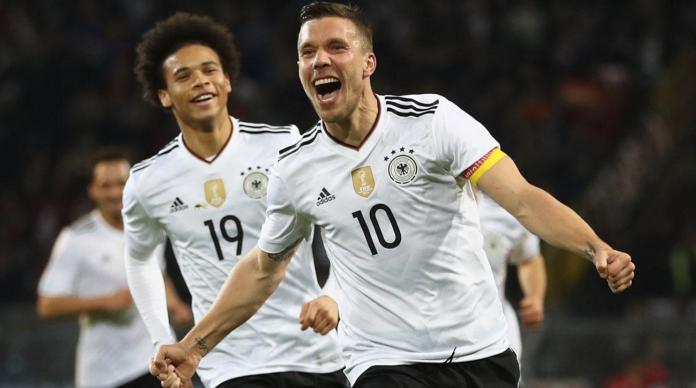 On Wednesday 22nd one of the most iconic international derbies in the world took place between Germany and England. Although the match was officially a friendly, winning matches like these give your side bragging rights and so both sides would have been eager to win to say the very least. The match was also significant for a number of individual reasons. Firstly this was to be Gareth Southgate’s first match in charge of England as their permanent manager. Southgate was brave in his squad selection giving some first call-ups to players that he has worked with during his time as under 21 manager. In addition to this the game was to be the last international match for Lukas Podolski who over time has become somewhat of an icon for the German national side.

Both teams fielded starting XIs that were below their best as Germany and England both have World Cup qualification matches coming up shortly meaning that it would be a risk to play all of their best players. England manager Southgate opted for a 3-4-2-1 formation which was very creative compared to what we’re used to seeing from the Three Lions. Michael Keane was given is England debut while Jake Livermore also started, over 4 years on since his first England cap.

Germany on the other hand opted for a more orthodox 4-4-2, spearheaded by the young Timo Werner and veteran Lukas Podolski.

England kicked off the match and dominated much of the first half thanks to their high pressing play. Germany looked almost uncomfortable in possession and they really appeared to struggle under the style of play that England had adopted. Although Germany didn’t make the best of starts in the game it was very clear that one man was in the game to bag himself a goal at all costs, Lukas Podolski. The Galatasaray forward getting a couple of long shots off, perhaps being a little too greedy at times but given the occasion who can blame him. The first huge chance in the game came in the 31st minute when the ball fell to Adam Lallana. A poorly weighted pass from Joshua Kimmich allowed Lallana to run on goal with a good opportunity to score. Ter Stegen was completely beaten but unfortunately for Lallana the ball hit the post and the game remained at 1-1.

In the 41st minute England definitely should have taken the lead through Dele Alli. Alli has been in incredible form for Tottenham Hotspur this season and so when he found himself one on one with Ter Stegen everyone would have expected for him to finish off the opportunity, But the German keeper stood his ground very well and was able to block the shot from Alli.

The dynamic of the game totally changed in the second half as Germany seemed to gain more of a footing in the game as they enjoyed more time on the ball than they did in the first half. As time went on it appeared more and more apparent that the match could end up in a 0-0 draw but man of the moment Podolski had other ideas. In the 69th minute Andre Schürrle laid the ball off the Podolski who then made terrific contact with the ball, striking a bullet into the top right hand corner of the net. Joe Hart was left with absolutely no chance. The German’s then played with more confidence and possession as they were able to see out the game for a 1-0 win in Dortmund.

England probably deserved to win on the night as they definitely played much better soccer but both sides seemed to struggle to finish their chances. But given that the match was all about one man it was really nice that it ended in the way it did with a classic strike from range by Podolski. 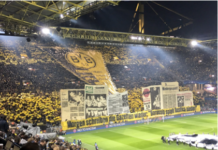