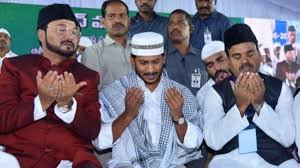 It is learned that this decision has been implemented for all Muslim government employees, teachers, and contract employees. They have been allowed to leave the office one hour earlier in this month of Ramadan. The Andhra Pradesh Govt is happy with the decision.

Meanwhile, the fiscal year 2022-23 started in April. And in the beginning, the bank employees got to leave one after the other. RBI’s Holiday List had five consecutive bank holidays. At the beginning of April, the bank had a continuous holiday for the first three days. Throughout April, the bank will be closed for a total of 15 days in different states. This includes Saturdays and Sundays.

So in this situation, if anyone calculates the total working time for Muslim government employees then it will be less than 50% of the actual scheduled time. How a government can expect improvement with this type of bad decision.