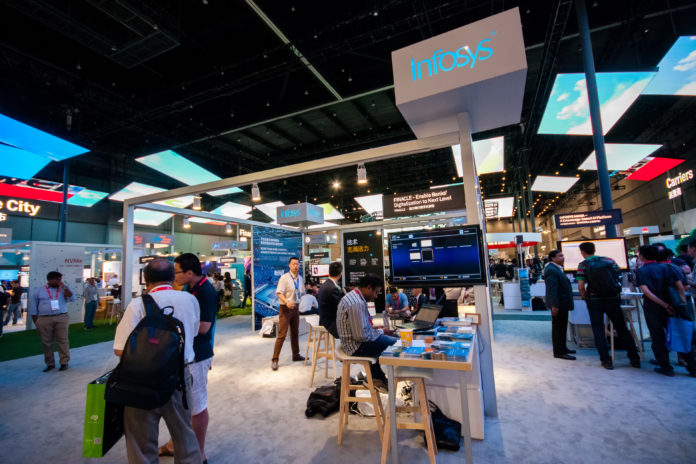 Today Infosys has announced good news for Indian techies. Amid the growing clamor in the IT industry of India over the techies staring at mass job losses in the face of various challenges to the business, there seems to have come across a very good news. Bellwether Indian IT company Infosys plans to hire more than twenty thousand people this year. Recently, 400 people were being asked to leave on performance grounds and termed reports of large-scale job losses.

Chief Operating Officer (COO) off Infosys, Mr. Pravin Rao said that the new opportunities can be presented by technology-driven transformation and projects.  With Co-founder NR Narayana Murthy recently announcing that IT companies can protect the jobs of youngsters, which in turn cited the company COO claimed that Bellwether Indian IT Company Infosys plans to hire twenty thousand people in India this year. Despite the ongoing layoffs in India, this news comes as a sigh of relief for many. Moreover, Narayan Murthy said he has no doubt that all IT industry leaders have good intentions to solve the problem of layoffs.

Meanwhile, the total hiring may vary than the figure, due to potential layoffs. Last year Infosys hired 6,320 employees on a net basis. On the other hand, Infosys is also planning to fire an unspecified number of people on ‘performance-based exits.’

Indian IT companies have recently found themselves in a tight spot, as it is showcased by a high number of probable layoffs. The news is that top Indian IT companies considering laying off thousands of people to keep themselves afloat. Infosys said, “A continued lower feedback on performance can lead to certain performance actions, including separation of an individual”. It also said, “Performance appraisal assessments are done with reference to their goals individuals have on their business objectives and other strategic business performance.

Not only Infosys, Cognizant, Wipro and many more Global IT majors have already sacked thousands employee recently.  Cognizant had a workforce of around 260,000 including 155,000 employees in India as per the data of 2016-17. Cognizant has also asked several of its employees to accept a package of up to 9 months’ salary and leave on a cordial note. Now probably the company may let go 8,000-10,000 people.

India’s 3rd largest IT service provider Wipro has already sacked almost 500 employees to align its workforce with business objectives and strategic priorities of the organization. Another tech giant, Tech Mahindra, is also seeking to trim its workforce by sacking more than 1,000 employees.

But obviously it’s good news and not only from India, Infosys has announced to hire local employees from various country to cope up with the stricter visa norms of various countries. Infosys is now planning to hire 10,000 Americans in the next 2 years and open 4 centers in the United States.