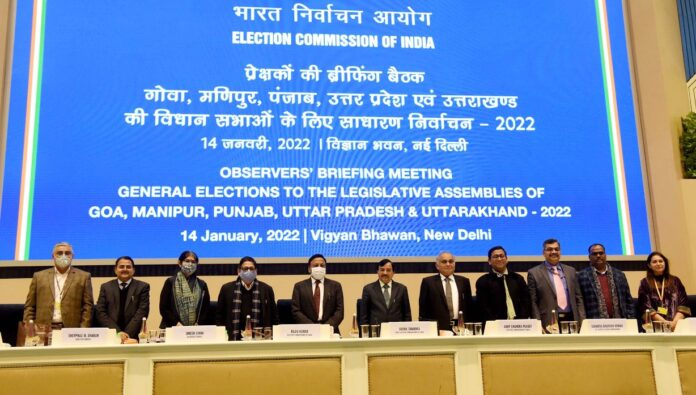 In view of the Covid 19 outbreak, the Election Commission has decided to maintain the ban on open campaigning in public places like public rallies, marches, bike-bicycle processions for seven more days in five polling states till January 22. However, keeping in mind the campaign for the first round of voting, the four-walled auditorium can be used for political campaigning in the presence of a maximum of 300 people or by seating people in half the seats of the auditorium.

Despite repeated instructions from the commission to stop Corona, allegations have surfaced that a meeting of leaders of other parties in the Samajwadi Party was so crowded yesterday that no rules were followed. The Lucknow administration has also lodged a complaint against them for violating the Covid guidelines.