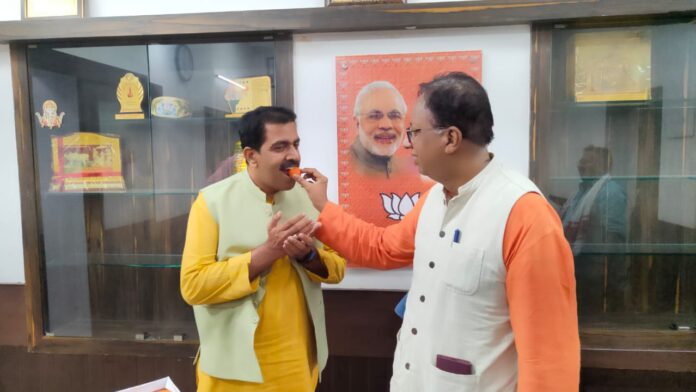 The ruling NDA is ahead of the main opposition RJD in the 24-seat Bihar Legislative Assembly. As of noon on Thursday, the results of 18 seats have been announced. The ruling coalition has won 11 of them. RJD got 4. Independent candidates have won 2 seats.

According to party sources, the ruling BJP has won 6 seats, Chief Minister Nitish Kumar’s JD (U) four, and Union Minister Pashupati Pars’s Rashtriya Lok Janshakti Party (RLJP) one. The BJP fielded 12 candidates, the JD (U) 11, and the RLJP one.

In this assembly, ordinary citizens do not vote. Institutional votes are cast by legislators, elected representatives in local administrations such as panchayats and municipalities, and by people with certain educational qualifications and field professions.

There are still legislatures in 6 states across India. They are Bihar, Uttar Pradesh, Maharashtra, Andhra Pradesh, Telangana, and Karnataka.

This election in Bihar again proved that the popularity of the BJP is still there.