Protests that began in early April in the South American nation have left over thirty people deal, with another 400 reported injured and others arrested. The protests have been aimed at the Venezuelans perceived authoritarian rule of their President, Nicolas Maduro.

The Venezuelan government is made up of Maduro’s handpicked officials. However, the nation’s National Assembly mainly consists of the country’s opposition leaders. Such an arrangement makes it possible for opposition leaders to counter any authoritarian moves made by the OPEC country’s leader. On Tuesday President Maduro announced that he had officiated the creation of a 500-member citizen’s cabinet. The role of this general assembly would be to come up with a new constitution, effectively negating the moderating influence of the National Assembly on the president’s actions.

The announcement made by President Maduro brought numerous Venezuelans from their homes into the street in protest. Peaceful demonstrations toward the nation’s parliament were marred by violence. Citizens put on bandannas and carried catapults into the demonstrating crowds. Some threw rocks and other fire bombs as the protest went down the Francisco Fajardo Street in the heart of Caracas. Meanwhile, government forces did not hesitate in responding. In a move that opposition leader Henrique Capriles called ‘war-like behavior,’ dozens of police officers attacked the crowds in Caracas. A teenager was killed and several others injured as the crowd stampeded to avoid the rubber bullets the law enforcement officers fired into the crowd.

The breaking up of the Venezuelan protest sparked danger in the international community. Some countries interpreted the move made by President Maduro as an act to advance his dictatorial regime. Others, such as the US, saw it as a violation of the Venezuelan’s civil as well as their democratic rights. Also, the US saw the rising tensions in the region as a threat to its oil and energy investments.

When protests broke out against the South American ruler in the country, millions were lost as the oil prices in the country took a downward spiral. As a result, the nation ended up indebted to Russia, with a US-based state-owned Venezuelan subsidy as collateral. The US may see the stabilization of Venezuela as a way to keep the Russians out of the American energy industry. Similarly, the US seeks to address the problem of shortage of necessities in the oil-producing country.

Proposals by the Senate

On Wednesday several members of the Senate made a proposal on how to aid Venezuela in three ways. The first section of the bill stipulated that the US give the South American nation funding to deal with the current inflation crisis in the country.

The second involved investigation of top Venezuelan officials by the US State Department and intelligence community. The investigations would yield the most probable corrupt, undemocratic or drug-dealing leaders. Under the third section of the proposed law, the US could sanction guilty parties.

Proponents of the bill say that rooting out the ‘causes of the country’s instability’ could ultimately help the nation to regain peace. These individuals include Senators Marco Rubio, John McCain, and Ben Cardin. 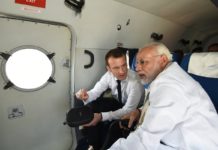 Another 36 Rafale Fighter to Be Procured By India: A Key Aspect of the Bilateral Defense Cooperation 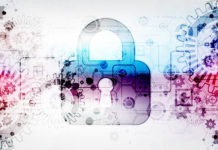