This year the NBA game smashed records but this wasn’t necessarily a good thing. One would imagine the All-Star game to be one of the thrilling games of the season, given that it broke the record for the highest-scoring All-Star game in the competition’s history. But this record has been broken every year since 2014 which very explicitly showcases the main issue. The All-Star game is becoming less and less competitive. No game with a combined score of 374 is truly competitive, there’s just no focus at all on defending.

The changing focus on the attack in the All-Star game can be potentially blamed on the recent offensive developments of teams such as the Houston Rockets and the Golden State Warriors. Players are becoming, faster, agiler and just overall the standard of basketball in the NBA is always rising. But along with this pressure on players is ever increasing as the game expands, this then leads to a fear of injury. No player wants to be injured at any point in the season and so why would they risk injury in a non competitive All Star game? The All Star game as become so uncompetitive that there’s literally zero focus on defence and the only pride that players will take away from the game is that they were selected in the first place.

Following on from this obvious negative development of the All Star Game the NBA are now looking for ways in which they can spice up the game to ensure that it doesn’t become a waste of time. After all although the result of the game is effectively completely insignificant, it is a special occasion to see so many great players on the same court. Cleveland Cavaliers (East) point guard Kyrie Irving sums it up perfectly: “It’s all in good fun, but I definitely think that if we want a competitive game, guys will probably have to talk about it before the game because some guys are trying to get ready or the second half of the season is far more important, which I totally get”. Effectively players are more concerned with the competitive season with their respective teams and as a consequence the standard of the All Star Game is plummeting.

So what can the NBA game do?

Draymond Green of the Golden State Warriors has stated that in his opinion the only way to improve the All-Star Game is to “Raise the money.” But money in sport is already getting out of hand so that’s unlikely. Although this is understandable when you consider most All-Star players are earning roughly $11 million per year and so $50,000 for winning the All-Star Game is fairly insignificant financially. Despite this the CBA that was confirmed in December and go into effect from July 1, running through to the 2023-24 season did include a $600,000 increase to the total All-Star awards. However whether this will be enough to convince players to engage in a more competitive All-Star Game we’ll just have to wait until next year to find out. But personally I think that the NBA can’t afford to offer the financial incentives to make the All-Star Game as competitive as many people would like.

Unfortunately the NBA All-Star Game doesn’t look like it’s going to be changing much anytime soon. Although it’s not great that the game is considered very uncompetitive it’s still great to see such high quality teams on the court at once. 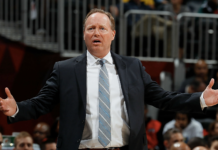 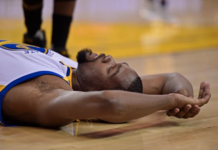