The controversy behind the Padmaavat film release continues as the Rajasthan and Madhya Pradesh (MP) governments moved to the Supreme Courts also (apex court) on Monday to modify their (court’s) order to release the controversial film directed by Sanjay Leela Bhansali. The court therefore slated to hear the case on Tuesday the 23rd January 2018 as the film is set to be released in theatres all over India on the 25th of January 2018.

Contrary to Rajasthan and MP governments’ move to ban the film, cinema halls in MP have reiterated that they would abide by the courts ruling to lift the ban hence release the film on the 25th of January. The film is set to be released in Hindi, Telugu and Tamil languages. The film stars Shahid Kapoor, Deepika Padukone, and Ranveer Singh. In MP alone, the film is set to be released across 150 theatres. The controversy originates from the director’s accusations of distorting history.

Rajasthan and MP governments’ efforts are mirrored by protests, especially in Rajasthan. Shri Rajput Karni Sena – a Rajput caste group created in 2006 that favors national unity has intensified protests in Rajasthan. They are going around asking theatre hall owners not to air the film till the apex court makes its ruling on the review petition filed by the government. Rajput Karni Sena announced their plans to approach cinema hall owners all over India in the days left to request them not to screen the film. They also warned that cinema hall owners planning to screen the film will face consequences.

Protests on Sunday were marked by thousands of women brandishing swords during a warning rally in Chittorgarh town. They warned the authorities to stop the release of the film or face a mass suicide (jauhar) by them. The women claimed that 1,908 of them have already registered for jauhar which means committing suicide by jumping into the fire. The march was illustrated from Chittorgarh Fort to the town’s main market where they presented their memorandum to Prime Minister Narendra Modi.

Violent protests have also been witnessed in Gujarat. Members of the Rajput community on Sunday including agitators blocked the roads and damaged motor vehicles. Buses were burned and some damage to the property. This forced the Gujarat authorities to issue stern warning while deployed more personnel in the affected areas. 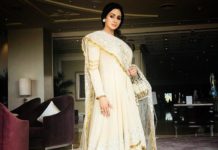 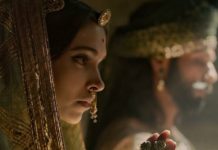 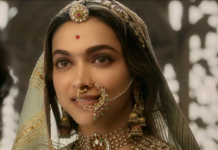 Till Pdamavati’s Release is Under Dark: CM of Rajasthan didn’t Allow Defamation of Rani Padmini’s Honor