Ridley Scott managed to make countless sci-fi fans chomp at the bit for his eagerly anticipated “prequel” to his iconic “Alien” series; with 2012’s “Prometheus.” However, the film was ripped apart by critics and fans alike. No one cared or wanted whatever this was supposed to be for years, people have been wondering when Scott would stop being weird with his universe and get make to making some kind of sense of it, in other words: get back to his roots. 2017’s “Alien: Covenant” is exactly just that, Ridley Scott getting back to the franchise that put him on the map years ago. Despite the proud displaying of the classic Xenomorph in all promotional materials and commercials, and changing the name from “Prometheus” back to “Alien,” it’s going to take a lot of fans servicing to get people back on board with this prequel Alien series.

Set 10 years after the previous film, the crew of the colony ship “Covenant” are rudely awaken from their cryo-sleep by a disaster. While repairing the damage, they encounter a distress call from a nearby planet that is even more habitable for their colonization than their original destination. The crew lands on the planet and discovers a lone robot, David (Michael Fassbender), who has come across a horrifying evil on this planet that is slaughtering the crew of the Covenant and threatens every living creature in the universe if it is not stopped. In a lot of ways, “Covenant” is what everyone was expecting “Prometheus” to be. While still suffering from a number of the same flaws “Prometheus” had (like scientists having the survival IQs of a teenager in a “Friday the 13th” movie), “Covenant” feels more like a proper return to the roots of “Alien”; in more ways than one.

This is a dark, brutal, violent film that really pours on the gore once the Aliens start mowing through the cast. There’s never a shortage of deadly things trying to murder you on this world. There’s new alien hybrids, old familiar ones, nasty viruses and a terrifyingly dark secret that really fleshes out some of the biggest mysteries of the “Alien” franchise. There’s some decent characters here, none of them are terribly interesting enough that you really WANT to see them survive this film, but enough that you remain invested to see what happens to everyone. Some decent performances from the likes of Danny McBride and Billy Crudup, but just like with “Prometheus,” the real scene stealer is and always will be Michael Fassbender.

He pulls double duty here, playing identical robots David and Walter. Fassbender is subtle and variant enough in each performance to make these robots look and sound different, despite their matching faces. Those expecting to see the iconic black Xenomorph designed monsters dominate the human hunt will be sadly disappointed. They’re in this film, absolutely, but they’re really more the final act than the center stage. “Covenant” does feel closer to the “Alien” films we remember best, but there’s still too many traces of the previous problems from “Prometheus” dragging the film down like a grossly oversized anchor. Another weak point is the use of gore in place of fear. The original “Alien” and “Aliens” knew how to scare the toughest of viewers into a screaming fit. “Covenant” goes more for shock effect and blood baths for its horror elements.

I actually liked the idea of the crew being comprised of all couples. Creates a more inclusive dynamic, you care more if some pilot’s wife gets murdered because they’re not just no name cannon fodder thugs or red shirts (but there are a few like that). I think Ridley Scott is slowly getting back into his previous form and shape…he’s just not quite there yet. His vision still isn’t meshing with people the way he expected it to and he has to learn that if he wants to continue this prequel series any further. Overall, “Alien: Covenant” is a solid, entertaining entry in the franchise and really cranks up the blood, guts and screen time for the masterfully talented Michael Fassbender. But in the end, I look it at the same way I looked at Tim Burton when he made “Dark Shadows,” he’s in the right direction…he just needs to branch out a bit more if he wants to really make something new. 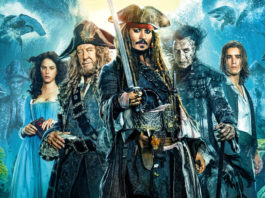 Pirates of the Caribbean: Dead Men Tell No Tales Review –... 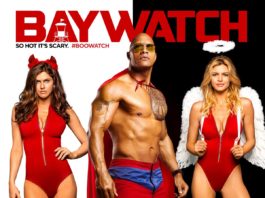 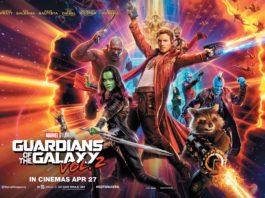