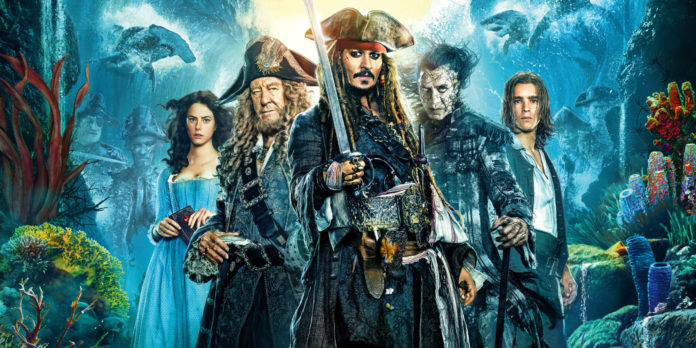 “Pirates” is a franchise that will not die, it’s destined to come back again and again (which is pretty much the theme for anyone working in Hollywood these days; digging up old stuff and packing it out there…again.) Don’t get me wrong. “Pirates of the Caribbean” is a fantastic movie franchise and one of the few series that I have been invested with since “Curse of the Black Pearl” first came out. But admittedly, I wasn’t sure if I wanted to see Captain Jack back in action again after his last outing in “On Stranger Tides” was so unforgettably…forgettable. Much as I love this series, after that last film, I could understand and willingly accept whether or not the series dies with the 4th film or goes on to make the 5th one.

Obviously, the latter happened, but thankfully, this entry seems to be attempting to recapture the magic of the original trilogy; while still mixing in something new to not make this feel like a reboot, relaunch or whatever corporate trade markers are calling it these days. “Dead men tell no tales” sports a new director but far more familiar faces than brand new ones and that might actually be the surprise saving grace this series needs. Captain Jack Sparrow (Johnny Depp) is facing personal extermination…again, along with every other pirate on the open seas when the ghostly Captain Salazar (Javier Bardem) escapes the Devil Triangle prison Jack tricked him into. In order to save his own skin, Jack works with Henry Turner (Brandon Thwaites), son of his old friends and Karina Smyth (Kaya Scodelario) to locate Poseidon’s trident to stop Salazar and break the curse that afflicts Henry’s father.

Much as I wanted to say this movie captured the lightning in a rum bottle that Jack flashed so creatively in the first film, “Dead men tell no tales” does take some time to get it’s sea legs back. The opening/semi first half of the film relies on old jokes and tropes from the previous films that are presented as if it’s loveable and still funny and fresh as it was years ago…it’s not. Much like “Men in Black 3” the first opening still suffers from the same problems that got the franchise put these long gaps between sequels there in the first place. However, again like “Men in Black 3”, once the cannon ball gets rolling; things get interesting, engaging and most importantly; entertaining again.

We get to see lots more familiar faces other than Jack and Barbossa, Orlando Bloom as Will Turner comes back, some of the more memorable crew members of Barbossa and Jack’s men return and we get a very Will/Elizabeth-esque new pair of young faces with Henry and Karina (obviously Henry is like Will since he IS his father, but still). I bring this up because one of the things I really liked here was Kaya Scodelario as Karina, in fact, I like her a bit more than Elizabeth Swann. Karina is smart and faces every ignorant, prejudicial slur with a sense of pride and intelligence; she knows what she’s doing and is 100% confident about it even when she isn’t entirely correct and I like that.

Another thing I liked was the excellent new villain Salazar played by Bardem. His ghostly form and appearance utilize some interesting and subtle tricks to give him a disturbing edge that thankfully prevents him from being a clone of Barbossa during his immortal days. Geoffrey Rush actually underplays Barbossa here for a change. It’s not a mark against his performance, but merely a slight frown as I always loved him when he was at his most brazen and over the top. Depp as Sparrow is hard to peg down. On the one hand, he treats the character like a clownish old joke that no one thinks is funny anymore…but still, tries to make you laugh with the same outdated gags. On the other hand though, when the action scenes kick in or he’s chewing scenery with Barbossa or even with Henry, a lot of the wit and spark Sparrow is known for starts shining through again.

There are a few moments, characters and gags that are tossed in that feel out of place and unnecessary other than to be weird for the sake of comedy. However, the effects are getting more creative and I am intrigued at how the story is connecting all these events and characters together to sort of integrate and reinstate all the new and old elements of the “Pirates” story into a new launching pad. Overall, “Dead men tell no tales” works best when it’s trying something new with old characters we love, so long as their old and unfunny baggage stays behind. Bardem crushes it as the new villain, the action sequences are lively and enjoyable, and there are ghost sharks and who in this world can hate a movie that has ghost sharks in it? 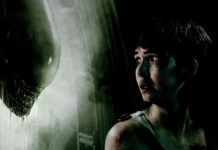 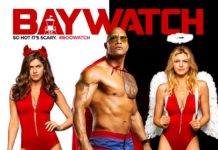 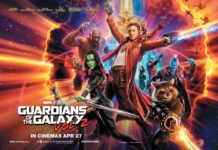