On February 26, 2017, the Academy of Motion Picture Arts and Sciences AMPAS presented 89th Academy Awards to honor the films of 2016.  The event was held at Dolby Theatre in Hollywood, Los Angeles, California, at 5:30 PST.  Academy awards are popularly known as the Oscars and distribute awards in 24 categories.  The event is telecasted by ABC in the US.

The 89th Academy Awards were produced by Michael De Luca and Jennifer Todd under the direction of Glen Weiss.  The event was hosted by Jimmy Kimmel, the comedian, for the first time.

Best Picture of the Year

The Best Picture award was bagged by Moonlight along with two other awards.  On the other hand, La La Land that had record-tying nominations for 14 awards, won 6 awards becoming the picture to win the most awards of the ceremony.  There was, however, a first-ever for Oscars when La La Land was announced as Best Picture incorrectly.  Then it was clarified that Moonlight was the actual winner. Moonlight also made a record by being the first film with an all-black cast and first LGBT film to win Best Picture award.

O.J.: Made in America

O.J.: Made in America made a record of being the longest film at 467 minutes to win an Oscar. Previously the record was held by War and Peace at 431 minutes.

Casey Affleck won the Best Actor award thus becoming the 16th pair of siblings, along with his brother Ben Affleck, to win Academy Awards.  On the other hand, Academy awarded its first ever Muslim actor, Mahershala Ali.  This year Viola Davis won Academy award and became the first black person to win the triple crown of acting: Oscar, Tony, Emmy. 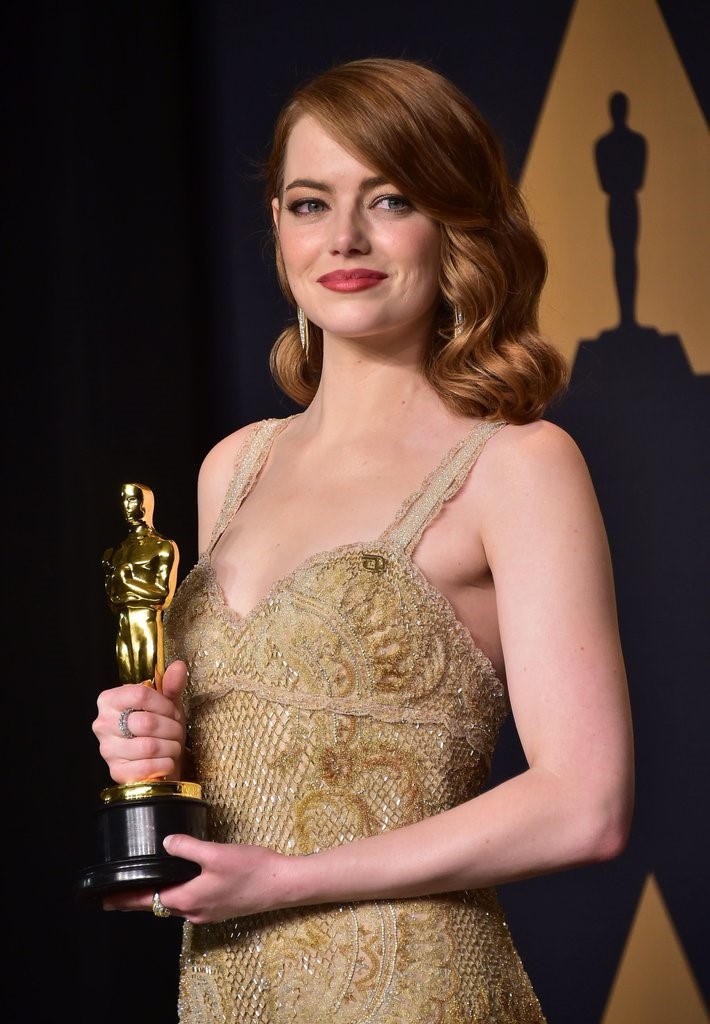 Photo Credit: oscar.go.comEmma Stone won the Academy award for the best actress in leading role in movie La La Land.  The other nominees were Isabelle Huppert for Elle, Ruth Negga for Loving, Natalie Portman for Jackie, and Meryl Streep for Florence Foster Jenkins.

This year the 89thAcademy awards announced nominees that showed racial diversity for major categories.  It included seven minority actors and six black actors who are a record for Oscars.  This year every acting category had black nominees including best supporting actress, best screenwriters, and the best director.

The 89th Academy Awards still had to bear a lot of criticism because there were no true Asian actors nominated.  A skit was also performed that aimed to criticize the host Jimmy Kimmel for mocking the name of an Asian woman.

Due to the recently implemented travel ban by President Trump, Iranian director Asghar Farhadi could not attend the ceremony.  His film ‘The Salesman’ won the Best Foreign Language Film.  Asghar Farhadi decided to boycott the ceremony and two prominent Iranian-Americans Anousheh Ansariand Firouz Naderiaccepted the award on his behalf.  Anousheh Ansari is the first female Space tourist, and Firouz Naderi is a former director of Solar Systems Exploration at NASA.

The host Kimmel was much appreciated by critics, and overall reception of 89th Academy Awards from media publications was a positive one. Television ratings for Oscars were good, and television critics praised Kimmel for maintaining a balance between the wealthy elites of Hollywood and the recipients of their art.

All in all, the 89th Academy Awards was an amusing affair especially so due to the good-natured presence of host Kimmel.  It was witty, entertaining and every bit glamor that it deserves.  Some left with their winning status while others had to bag their swag.  The annual ‘In memoriam’ presentation was introduced by Jennifer Aniston and Sara Bareilles.